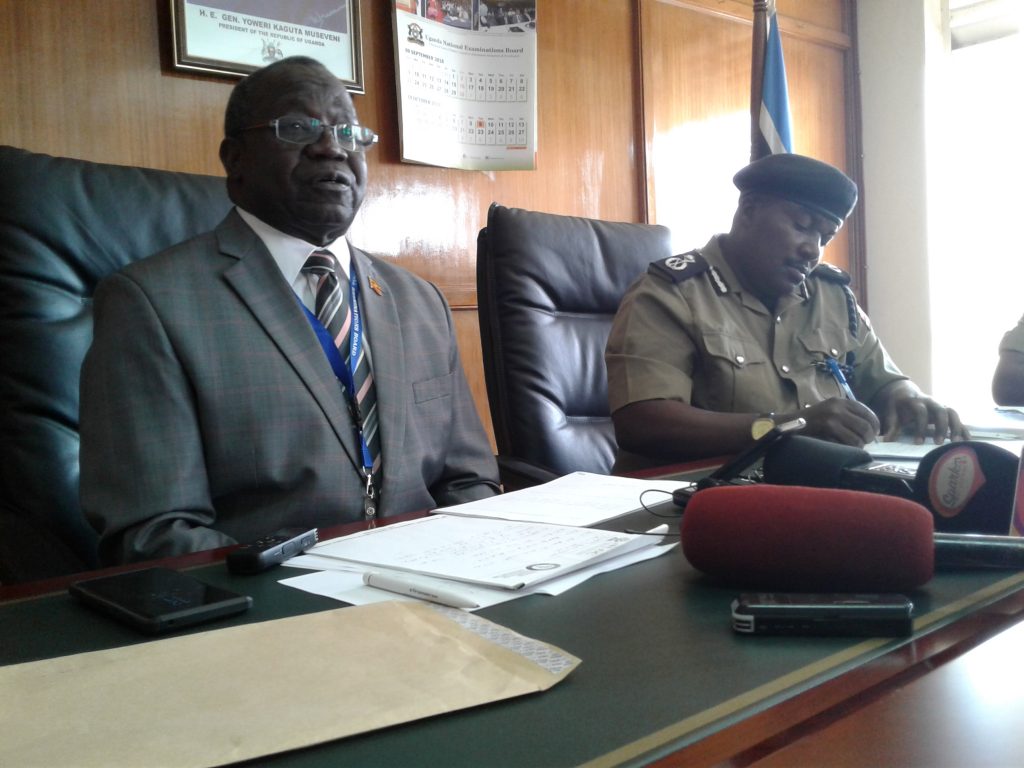 The executive secretary UNEB, Dan Odong reveals that they have registered over 100 students who had not been registered for exams by their schools and the head teachers had gone missing with their money.

According to Odong, most of the affected candidates were from up country schools and one school in Kawempe, a Kampala suburb.

Mr. Odong further reveals, registered school with UNEB center numbers have sympathized with these candidates by accepting to take them on for them to be able to write their final exams.

The examination board also confirms reports of unscrupulous people trading fake examination papers to schools at a cost of UGX.2M per paper with one culprit already arrested and five are on the run.

The group has been trading mostly science papers ( Chemistry, Biology, Physics and Math).

The 2018 examinations are being conducted under the theme: “integrity and security in the management of examinations is my responsibility”.

Odong further narrates that, “For far too long, the stakeholders and the public in general have tended to look at the examinations as a UNEB affair, and of no concern to anyone else.”

He further notes that it should be noted that these are national examinations whose results are used to make decisions affecting the future of thousands of the children of this nation.

The field conduct of the 2018 UCE examination will be managed by 470 areas supervisors, 3658 centre supervisors, 13,279 chief invigilators and invigilators coupled with all security agencies to provide security and these will operate overtly and covertly.

Material will be distributed through 23 routes, with each transport vehicle adequately secured.

Examination malpractice is a vice, a cancer that eats at the very core of the education system of the country. It attacks the credibility of our certificates internationally.

While the head teachers, school directors, teachers and parents who contribute money to facilitate this vice look at the short term gain of good results, they are not mindful of the great damage being done to those children.

However, the assistant commissioner of police, Maate Godfrey says, no one will be allowed to enter the examination storage facility this time to avoid any form of malpractices and assures that police will render extra support to UNEB to see to it that all exams get to the schools in time.

Briefing of students is to be carried out tomorrow and then students will start writing their physics paper on Monday.