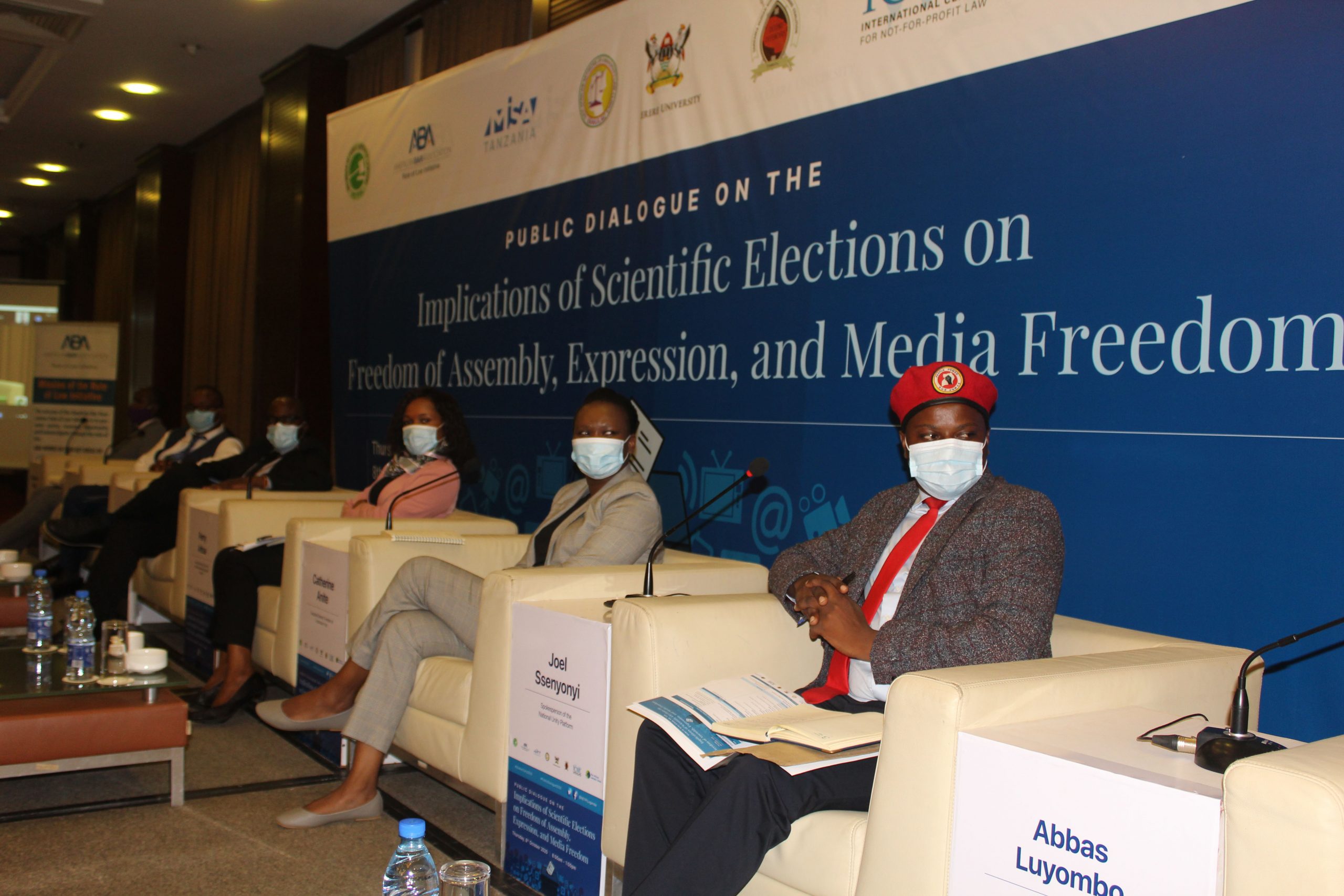 Ugandans are strongly raising serious worries over the fast-developing tough regulations by the Uganda Communication Commission and the electoral commission to the media in the guise of regulation in the coming electoral process.

Speaking at the public dialogue on the implications of scientific elections on freedom of assembly, expression, and media freedom in Kampala today, Perry Arituwa the executive director of women’s democracy network Uganda chapter, Abbas Luyombo from the network of public interest lawyers Makerere with a unanimous voice castigate the state for capturing the institutions which have made it hard for them to independently and effectively execute their mandate.

They also note that such acts have eroded away public trust in the way the institutions are serving them which is very dangerous to the growth of democracy in the country.

However, the commissioner from the electoral commission, Hon. Stephen Tashobya assures the nation of its commitment to see that the country holds a scientific election with serious monitoring of all media houses to freely serve the candidates without bias.

The head of legal services at UCC, Abdul Salim Waiswa adds that they are working with media owners to see that they offer affordable space and airtime to candidates.

But Akampulira Haris from the national unity platform is castigating the media regulator, UCC for not playing its role within the confines of the constitution but rather apply the law selectively. He cited cases where their presidential flag bearer, Hon. Robert Kyagulanyi Ssentamu has been denied access to attend media talk shows he has paid for and nothing is done coupled with denial to move to certain regions of the country.

Dr. Innocent Nahebwa the vice-chairperson of, National association of broadcasters (NAB) downplays the notion that the electoral process is media-driven. But confirms their commitment to do their best to serve the nation in the coming general elections