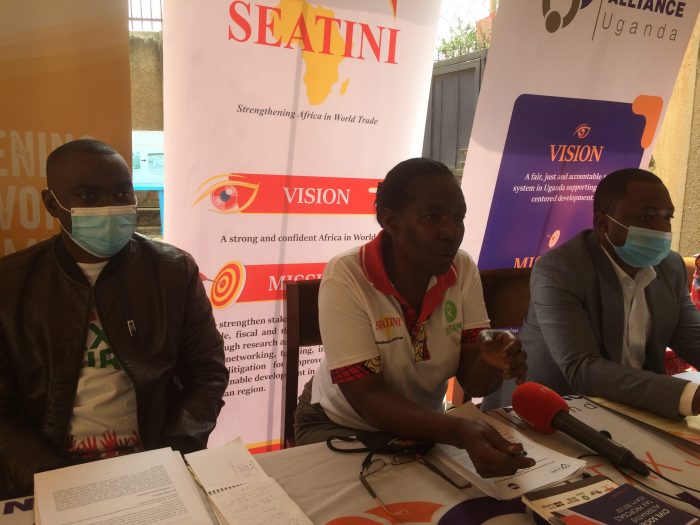 As Uganda continues to grapple with a small tax base, development partners and CSOs are tasking govt to expedite processes of reviewing all double taxation agreements the country signed with certain countries.

The double taxation treaties Uganda signed with countries like, Netherlands, Mauritius among others are highly exploitative to Uganda since many multinational companies mostly oil companies and some agribusiness companies operating here don’t pay taxes and repatriate all the dividends back to domicile companies in these countries which are tax havens.

Many multinational companies operating in Uganda are using these dubious treaties to cheat countries like Uganda of their money leaving them poor and un able to fully finance their national budgets.

With government planning to introduce a 0.5% tax on all bank withdrawals, Civil society Organizations are up in arms over the government’s proposal to start taxing bank withdraws.

The organizations says taxing cash withdraws will affect the development of the country’s economy and its bound to increase a tax burden through multiple taxation.

The executive director for the Southern and Eastern Africa trade information Jane Nalunga and Agnes Kirabo the executive director Food rights alliance say that government should look for other avenues were they can get the revenue rather than introducing such retrogressive tax strategies.

The organizations which includes civil society budget advocacy, tax Justice Alliance, Food rights alliance and Oxfam say, the government proposal to introduce such a tax will not achieve the intended objectives of promoting E- commerce, increase on the tax base among others.

The government is proposing to levy a 0.5% excise duty on cash withdraws including on the counter, agency banking, and ATM from commercial banks starting with the financial year 2021/2022.

The tax advocates now recommend that, government should venture into avenges that promote financial inclusion in the country and generate revenue at the same time while ensuring fairness, equity and inclusiveness.

Statistcs reveal that only 2 million Ugandans out of the 45 million are banked.