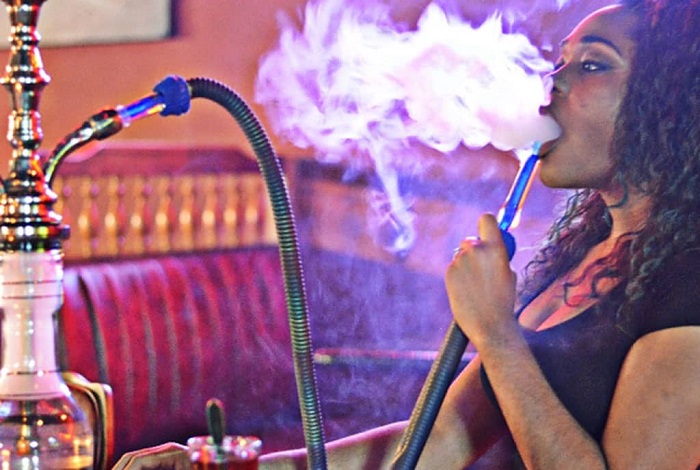 Health activists in Uganda have revealed that Consuming tobacco while young seems luxurious but has very many negative implications, especially to the youths.

Most of the youths have been addicted to tobacco-like smoking Shisha, kubar, mijaj and other electronic cigarettes which is dangerous to their health.

According to the Tobacco control act 2015, tobacco products like shisha, kuber mijaj, and other electronic cigarettes were banned however some youths have continued to danger their life by consuming these products.

Kazoola says that her mother-in-law Victoria Bagalamire 94, resident in Bunyaruguru, Rubirizi district,  smoked tobacco for a period of 40 years, 10 years ago she started getting breathing complications and got admitted to the hospital.

“When my mother-in-law was admitted to the hospital, doctors discovered that in her early years she used to smoke tobacco which damaged her lungs having consumed it, for a long time, they told us that the lungs were swollen and she would live with the problem until she dies”,Kazoola said.

Prima Kazoola was interviewed during two-day Scientific social distancing capacity building of tobacco control Advocates training organized by (UNHCO) to advocate for the Creation of a budget vote from tobacco taxes to finance tobacco control programming in Uganda.

Wilberforce Kibaba Dialysis Technician in Nakasero hospital told this website that Smokeless tobacco use is highly addictive and dangerous it contains many cancer-causing toxins and its use increases the risk of cancers of the head, neck, throat, esophagus and oral cavity (including cancer of the mouth, tongue, lip, and gums) as well as dental diseases.

Kibaba adds that all forms of tobacco use are harmful to human health and When it comes to women it contributes to pregnancy complications including low birth weight.

Over 80% of the 1.3 billion tobacco users worldwide live in low and middle-income countries where the burden of tobacco-related illness and death is heaviest.

Stop The Main Driver of the Refugee Crisis - Speaker Kadaga