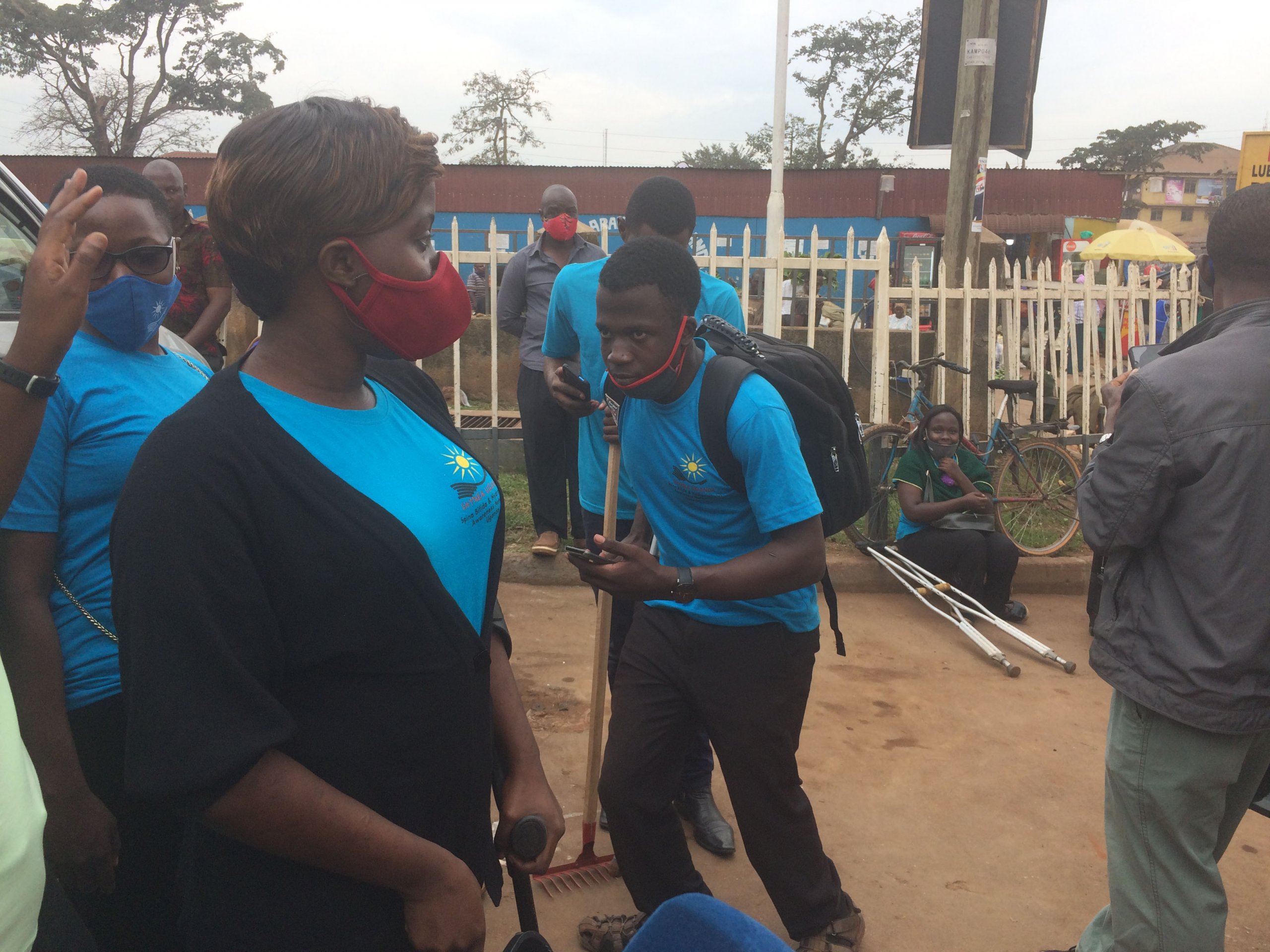 Just like Benjamin, his parents did not resent him because of his complication but tried to give him all that he needed to raise him into a better and responsible person.

Though he is now fending for himself, Benjamin decries the stigma exhibited by employers towards people with spina bifida thinking they are not able to perform just like able bodied people.

He further assures the general public that even though they are living with a disability, this does not prevent them from performing to their best as any other able bodied person.

Meanwhile Bata Richard a doctor at Katalemwa children’s home says, such disabilities can be prevented if expectant mothers follow the directives of health experts and in case a child is born with spina bifida can be taught how best to live a better and productive life.

The activity is marked at Kibuye market as a way of creating awareness among the area community on the burden and how it can be prevented.

Spina bifida is a condition which is caused due to lack of folic acid by a pregnant woman causing a swollen head of the newborn or having a premature spinal code.