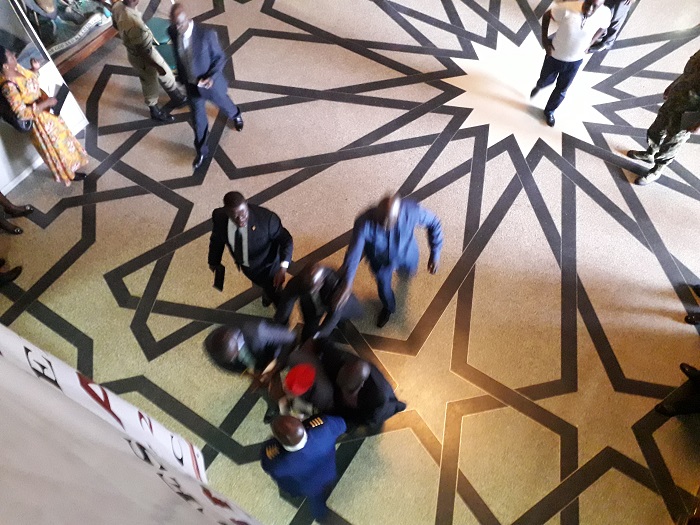 Kampala City Hall court has granted bail to the two men who are said to have disrupted Parliament proceedings last week.

This after dismissing their application that sought to have their trial nullified on grounds that they were tortured during the arrest by unidentified security personnel at the armory of Parliament.

Presiding Grade One Magistrate Fatuma Nabirye ruled that without supporting evidence to their torture claim, she is not in a position to know how the said injuries were occasioned to them.

She then ordered each of the accused persons to deposit a cash bail of 1million shillings in court, plus their National Identity cards before leaving custody.

She also advised the accused persons to appeal her ruling if they are dissatisfied.

They return to court on 12th/March for mention of their case.

They are alleged to have jumped from the visitors’ gallery into the plenary chamber bringing the parliamentary debate under Speaker Rebecca Kadaga,  to a standstill.

However they deny the allegation saying they were telling Legislators about the huge burden of corruption we are facing as a country.