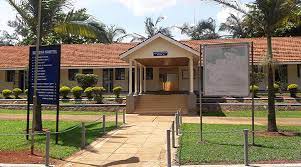 The public accounts committee of parliament has spent the better part of the day questioning the management of the Butabika National Referral Hospital over the increased number of patients that escape from the hospital.

The hospital management attributed matter of  escapism to lack of funds to build a befitting concrete wall and human rights activists who oppose stricter measures of keeping mental health patients.

While interfacing with officials of Butabika Hospital over the queries raised by the auditor general for financial year 2020/2021.

Legislators  raised concerns that the hospital lacks enough security to keep mental health patients in hospital premises which has seen them escape. They also mentioned the inadequate perimeter wall around the hospital   that many patients can jump and vanish.

In their response, Butabika officials asked  parliament to support the hospital to finish the construction of a concrete perimeter wall around the facility since patients break the chain link fence and escape yet the hospital doesn’t have enough security.

However Butabika is concerned that Human Rights Activists have been on their neck, rebuking the hospital from keeping patients in a prison setting which deprives them from enjoying their rights.

Butabika Hospital management was also grilled over failure to recruit staff in the financial year 2020/2021 yet they were allocated funds for salaries which remained  unspent and swept back to the consolidated fund. MPs wondered why Butabika sat on money for recruiting staff yet the country is grappling with high levels of mental sickness due to shortage of mental health specialists in health facilities.

PAC has also called on government to operationalize the mental health bill which will help to decentralize mental health services to health center three, this was after discovering that Butabika Hospital is grappling with over admission of in-patients, with over 780 in-patients per month compared to the bed capacity of 550 patients.