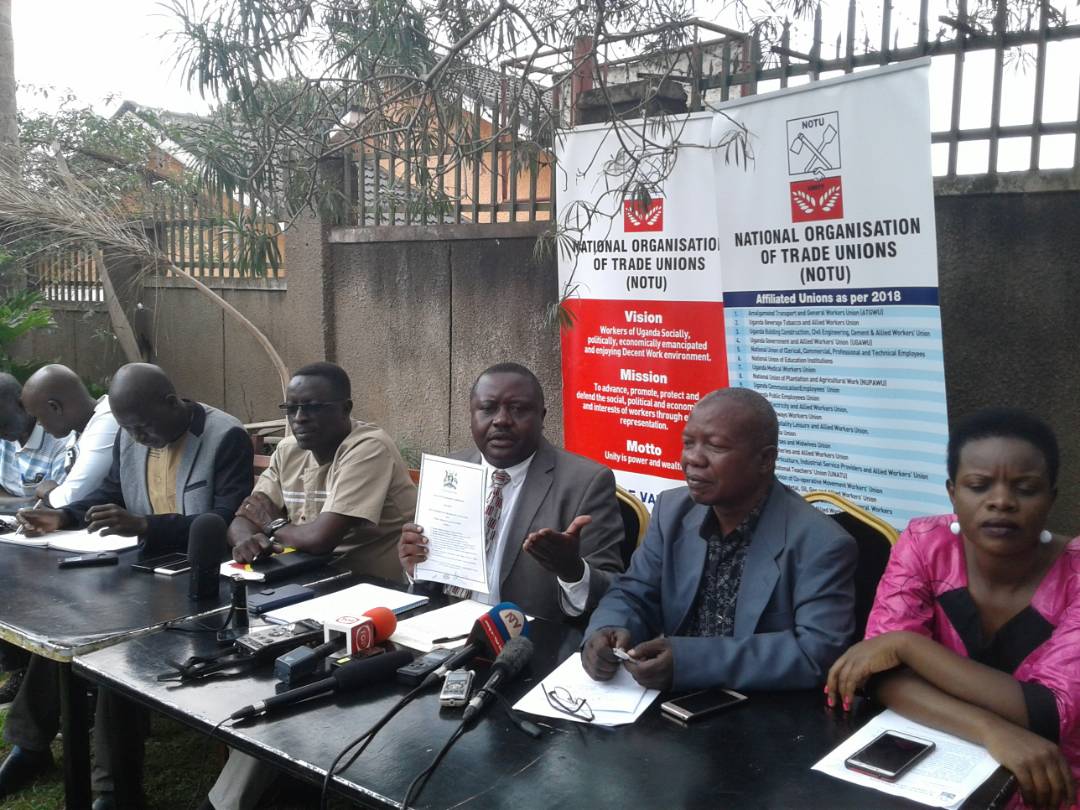 [email protected]
Com
The national organisation of trade unions in Uganda has today called off the earlier planned strike by civil servants.

The calling off of the strike by the general secretary of the trade unions Werike Christopher Peter comes after a heated engagement between trade unions and gov’t to come clear on its pledge to increase salaries of civil servants.

Werike confirms that starting the coming financial year, nurses will be earning a least of UGX.610,000 and a maximum of UGX.1.2M, for Secondary school teachers UGX.700,000 for science teachers and UGX.1.4 million shillings by 2019/2020.

He further maintains that gov’t through the head of public service John Mitala agreed to pay a minimum of UGX.1.4M to the least gov’t worker and above this amount by the start of financial year 2020.

However, the new pay will also match the academic qualifications of Govt workers with diploma holders not to earn as the same as degree, PHD, or doctorate holders.

The union now says, after this, its to start engagement on allowance and will further move to the private sector which still pays pee nuts to its workers.

Over UGX.500Bn is to be used to fulfill the pledge made by govt to its workers which the union say. Is binding following changing tactics in negotiations this time.