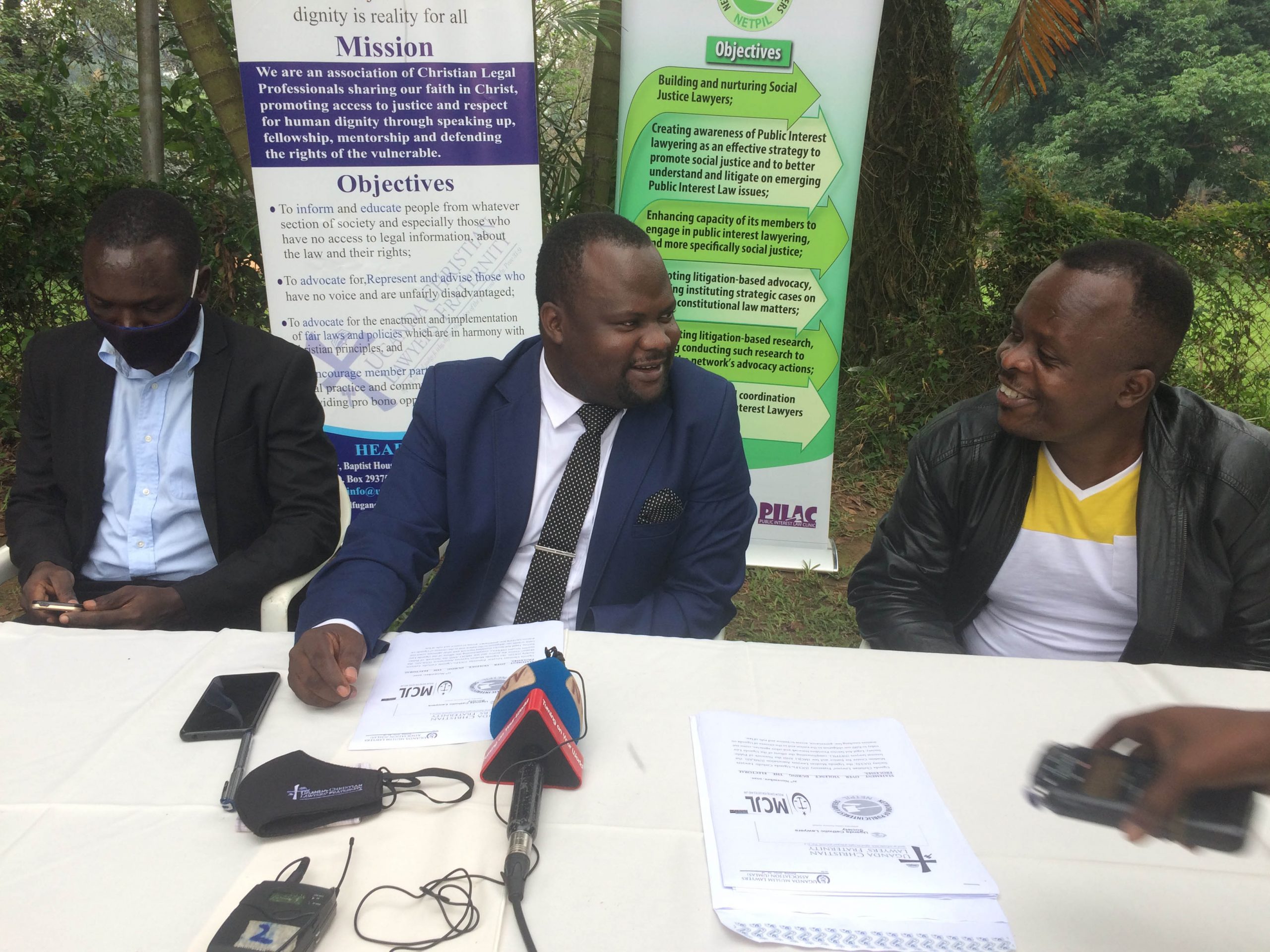 Religious lawyers are calling on the human rights committee of parliament and the judiciary to carry out deeper investigations into the brutality security organs put against innocent civilian during the riots that engulfed the country this week.

This week after the brutal arrest of NUP presidential candidate Kyagulanyi Sentamu Robert and FDC candidate Patrick Amuriat Oboi citizens across the country held demonstration calling for the release of their candidates and this saw security organs come in to calm down the situation.

According to the secretary general for the Uganda Christian lawyers Ssemwanga Fredrick and John Osapiri, the human rights committee should investigate the incidents

However, they ask the chief justice as the head of the third arm of government and custodian of justice to engage the responsible institutions for meting abuses to stop including having a candid discussion with parliament and the executive.

The secretary general of the Uganda Christian lawyers’ fraternity, Ssemwanga Fredrick is challenging the security minister Elly Tumwine to quote the Act in the law books which permits security organs mainly the police to shoot and kill innocent civilian who are exercising their rights.

While trying to defend police brutality meted against Ugandans in this week’s demonstration, Tumwine stated that police has a right by law to shoot and kill civilian where it deems feet.

The lawyers further state that its not indicated in any of the laws of the land that police or any security organ has a right to shoot and kill a civilian while exercising their rights.

Meanwhile, Umar Nyanzi from the muslim lawyers fraternity of Uganda cautions the state against deploying un uniformed security officers to calm down riots.

Umar states that the non-uniformed security officers where seen shooting and killing civillians on the streets of Kampala without fear and shame and to their surprise, the security minister disowned them.

The riots that erupted in different parts of the country this week saw over 30 lives lost, hundreds seriously injured and detained and to the lawyers, such illegalities by security organs are limiting citizens from exercising their full rights to speak, assemble and expression.