The course had facilitators from Special Force Command and Police counter-terrorism trainers who equipped the trainees with knowledge in various disciplines.

The commander of Military Police thanked Internal Security Organization (ISO), Special Forces Command (SFC), and Police for the synergies in training and skilling the trainees. 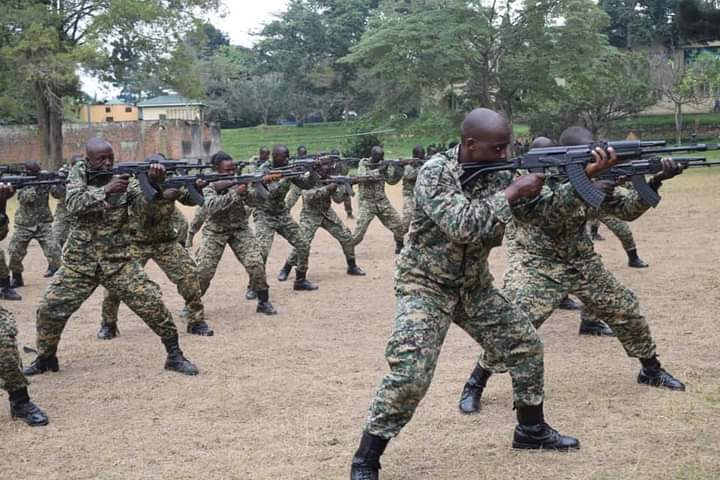 He said, “four weeks and the demonstrations exhibited were relevant and the objective of the course was achieved. The situation outside is waiting for you and the training is meant to prepare you for the tasks ahead.”

The commander of VIPP Unit and Commissioner of Police Hadijah Namutebi thanked Military Police for identifying VIPPU as a unit of people who can add value to the training and trainees and promised support where needed.

The Commandant Institute of Security and Intelligence Studies (ISIS), Maj John Odong expressed his appreciation to Military Police for recommending the school to offer training for the second time and pledged to do more. He said he was certain that the training had made the trainees better and further readied the soldiers to make good use of skills acquired to handle hard tasks ahead.

The function was attended by local leaders who praised the discipline of the soldiers and the cooperation between the school and the village.

The Leaders were pleased with the reduced crime rate in the area since the school started.