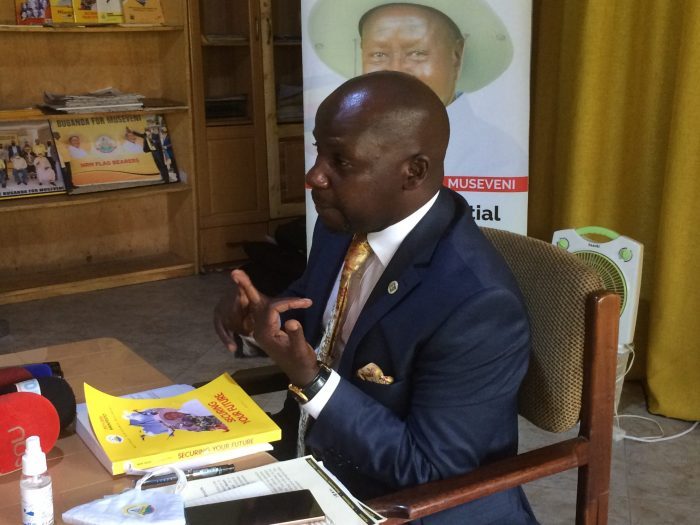 The Buganda region NRM vice chairperson, Hon. Godfrey Kiwanda Suubi wants the party chairman to improve on the relationship and support towards Buganda kingdom as a way of consolidating the earlier promises to the kingdom.

However, he reveals that the party released only UGX.24Bn to facilitate mobilization activities in the region during campaign time.

There are reports that over UGX.60Bn was released to facilitate party work and has not yet reached the ground forcing very many mobilizers to drop their responsibilities but Kiwanda openly says, the party has no money to buy supporters and voters with the only money available will be to facilitate village meetings.

He further states that with the party presidential candidate set to start his campaigns in Buganda on 21st   this month in western Buganda, mobilizers are asked to preach the party message using a door to door method of campaign.