Kisoro District MP -Wants a Law to Control Use of Mercury 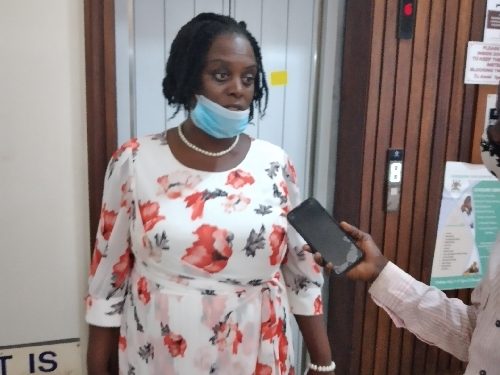 Kisoro District MP -Wants a Law to Control Use of Mercury

Kisolo District Woman MP Rose Kabangyenyi wants parliament to enact Law that prohibits the use of excess Mercury in the country.

Kabagyenyi raised the matter of National Importance during a plenary sitting chaired by the speaker of Parliament Rt. Hon. Rebecca Kadaga.

She   says mercury is very dangerous chemical if not controlled can lead to complicated health issues to humans and adverse effects in the environment.

“ I call upon the ministry of Mineral’s ,Water, health and other relevant departments to put measures to see how the mercury can be retracted in the environment for better health Madam speaker  Kabangyenyi explained ,,.

On 1st October 2019 Uganda ratified on a Minamata Convention treaty to protect human health and the environment from the adverse effects of mercury.

The Minamata Convention on Mercury is an international treaty designed to protect human health and the environment from anthropogenic emissions and releases of mercury and mercury compounds.

State minister for primary health care Moriku Kaduchu admits that Mercury is very dangerous if not regulated and promised to liaise with other ministries responsible to ensure that the use of the chemical is regulated.

“She is right, that if we don’t regulate the use of mercury, it has lots of effect in our body, as a matter of fact as far as health is concerned, the minister said.

State minister for Environment Beatrice Atim Anywar says the cabinet has already finalized a law that will address all dangerous minerals that can easily cause harm to human health.

Mercury is used in fluorescent lamps, thermometers, float valves, dental amalgams, in medicine, for the production of other chemicals, and to make liquid mirrors. Mercury among others, if not controlled can be dangerous to both human health and the environment.