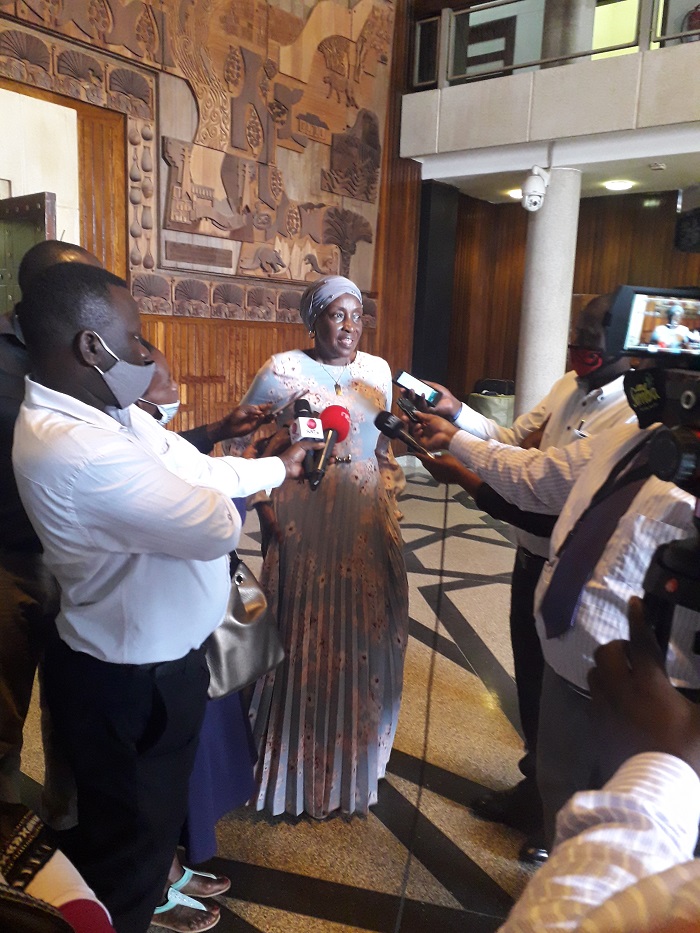 The newly appointed State Minister for the Elderly and Disabled under Gender Ministry, Sarah Kanyike has said she is going to make sure that the funds meant for the elderly reach the recipients in time.

Sarah Kanyike said that Senior Citizens Grant (SCG) sometimes takes a long time to reach the elderly mainly because the docket lacked a person responsible to follow up and ensure that the beneficiaries get it.

Kanyike made the remarks today following her approval by the Appointment Committee of parliament. The committee is chaired by the speaker of parliament Rebecca Kadaga.

She disclosed that the committee asked her about the short time she is going to serve as a minister in the remaining 10 months and if she comfortable holding the office in the remaining time as the current term of government ends.

According to kanyike, she agreed to take the office of the minister because even if she had remained a Deputy Lord Mayor, the same would have happened since she was serving under the same government.

“ I am not coming into elective politics so am not going to contest, after the 10 months, it’s upon the appointing authority to see whether I have performed and gives me another docket and am ready to serve” she noted.

She said that she has served from local councils from LC one up to LC 5 and as the Deputy speaker from the time of the Late President DP Sebana Kizito, to Deputy Lord Mayor under Erias Lukwago which she says is enough in politics.

She said that though she has joined the ruling party, she remains a strong member of the Democratic Party, but wants to serve Ugandans in that docket.

Sarah Kanyike is filling the post that has been vacant for the last four years without a minister. She had been appointed a director of gender community services and production at KCCA, but later the appointing authority switched her docket to the Gender ministry.

She however denied that she lobbied for the ministerial post but raised concern that it was a demotion given the fact she had accepted a job.

“I didn’t lobby for it but I had to say the fact, am an open-minded person, sincerely being appointed as a director, I accepted that nomination, but in an actual sense, I had to air out my views as far as that docket is concerned.

“Imagine that situation where your successor is now supervising you; to me, it was a demotion, I had accepted it because everything is planned by God but maybe when I raised my concern, the appointing authority saw it fit that and changed it” Kanyike explained.