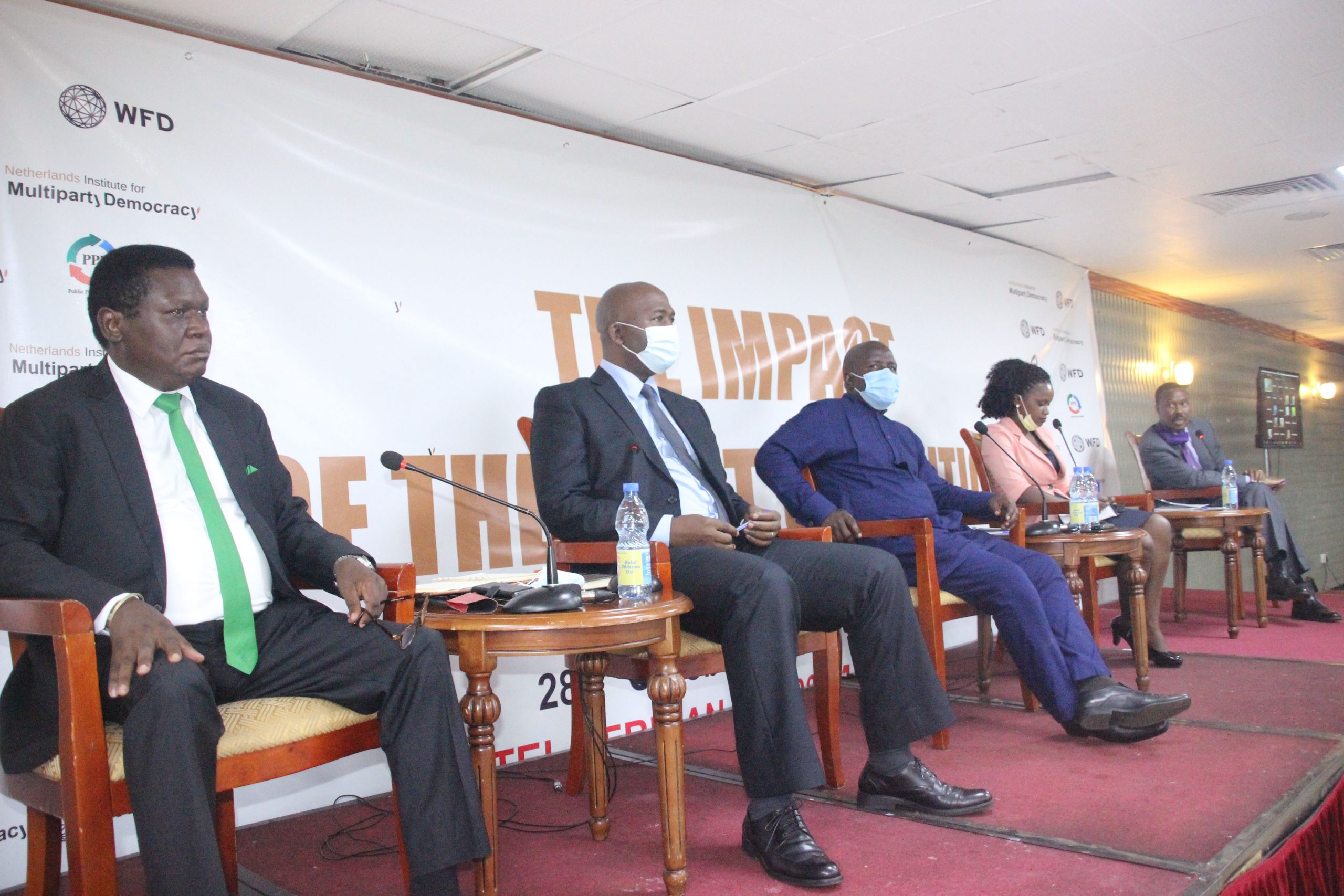 A new report released today by the public policy institute, Westminster foundation for democracy and the Netherlands institute for multiparty democracy reveals that the high cost of politics in Uganda is kicking out women and young people from participating in the game.

Reading report finding, Emmanuel Kitamirike and Peter Kisaakye reveal that candidates in the western and central region spend much more highly than counterparts in the north and eastern region with candidates from the ruling NRM are spending highly in the campaigns than those in the opposition.

The drivers to the highly commercialized politics in Uganda include to inadequate service delivery, high emoluments and privileges for MPs, lack of enforcement of campaign rules, low levels of civic consciousness among electorates, weak political institutions among others.

Meanwhile Frank Lusa from the Netherlands institute for multiparty democracy warns that the highly monetized or commercialized politics is greatly threatening inclusive participation and slows down the growth of democracy in the Uganda.

But the Allaince for National Transformation (ANT) president Gen. Mugisha Muntu attributes the growing commercialization of politics in Uganda to the continued manipulation of parliament by the state which according to him needs to be reversed as JEEMA president Asuman Basalirwa wants the local governments empowered to lift off pressure from legislators.

Mercy Kobusingye from national youth council thinks that this can be stopped if voter are empowered with enough civic education to be able to elect leaders of substance than basing on cash.