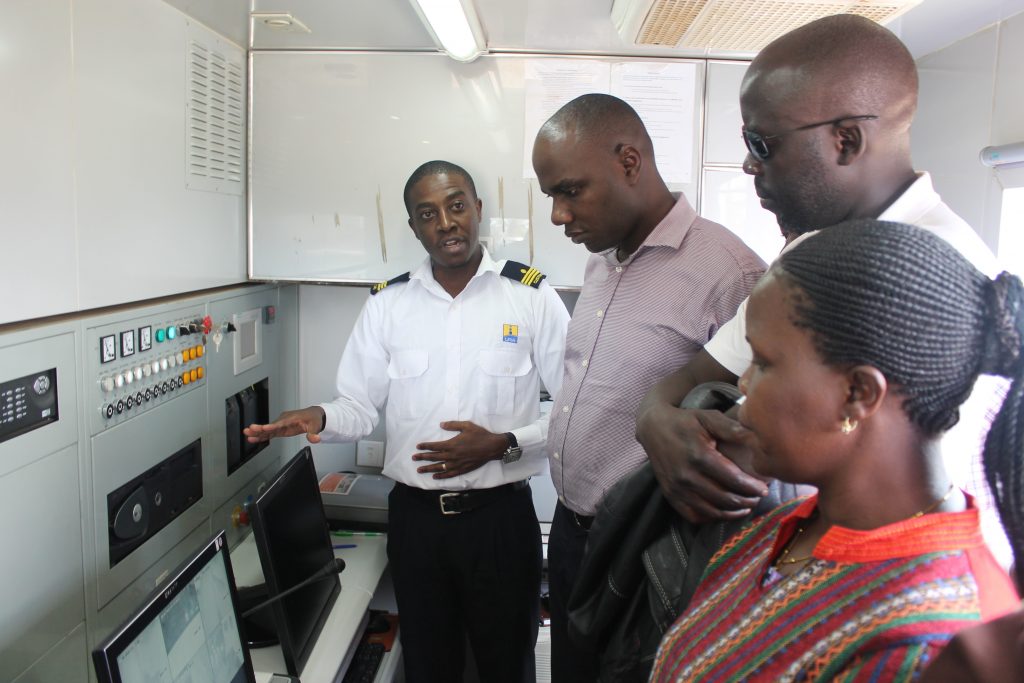 The Parliamentary Committee on Finance, Planning and Economic Development, has concluded a five-day visit to customs border stations in Northern and Eastern Uganda.

The field visit, which ended Sunday, 8 April 2018, was aimed at appreciating the operations of customs border points and their unique challenges.

The fact-finding visit noted that smuggling, under declaration of consignments, concealment of goods is still rife. The Committee was informed that with the exception of Busia that has a fully operational One Stop Border Post (OSBP), Malaba despite being the biggest customs entry station, did not have a fully operational OSBP.

The government set up one stop border posts so as to harmonise trade procedures and reduce waiting time at the borders. Under the arrangement, all agencies from both countries operate under one roof.

Among other challenges, Dicksons Kateshumbwa, the Commissioner Customs at Uganda Revenue Authority, informed the Committee that the Malaba export road, which connects to the newly built export bridge, funded by Kenya, had not yet been constructed.

At the moment, we are using the old bridge, which is in a very poor state. Our appeal to government is that it works on this road because it is a national embarrassment that Kenya is ready to operationalize the one stop border post but Uganda is not ready, he said adding that the road is less than a kilometer long.

In terms of their strategic importance, these two ports are our main lifeline, Kateshumbwa said.

This is our cash cow and we should prioritise the road, said Hon. Asiku Elly (Koboko North County), a member of the Committee, adding, that its a national shame that Uganda hasnt done its part, especially since we even have challenges with revenue collection.

At Elegu in Amuru district, the Committee noted that construction works on the OSBP had stalled because of lack counterpart funding from government. The OSBP should have been handed over two years ago. Apart from the challenge of funding, the border post is prone to flooding whenever it rains.

There are also a lot of porous points we have to patrol and yet this is a major and strategic station to us because we export goods worth over shs700 billion to South Sudan, Kateshumbwa told the committee.

Musasizi, acknowledged the progress made to improve the border posts and the notion in the region of having a one stop border post model.

He was however, surprised to learn that Kenya did its part to work on its road and was even kind enough to build a bridge up to Uganda.

We shall bring this matter before Parliament for government to seek solutions to it. I have heard complaints at Elegu border station that counterpart funding is not forthcoming from government, he said, adding that, the Committee shall start an advocacy agenda to ensure that trade is properly facilitated in the borders. He said that the Committee would ensure that government makes follow up and provides answers to URA so that trade is facilitated.

Following the intensification of border patrols by URA, there has been a shift to smuggling foodstuff, mostly wheat, sugar and rice.

The Committee was confident that if the East African Community countries harmonise their tariffs, it would go a long way in addressing smuggling. It however, noted that some countries opt for a stay of application of the common external tariff and this compounds the problem of smuggling.