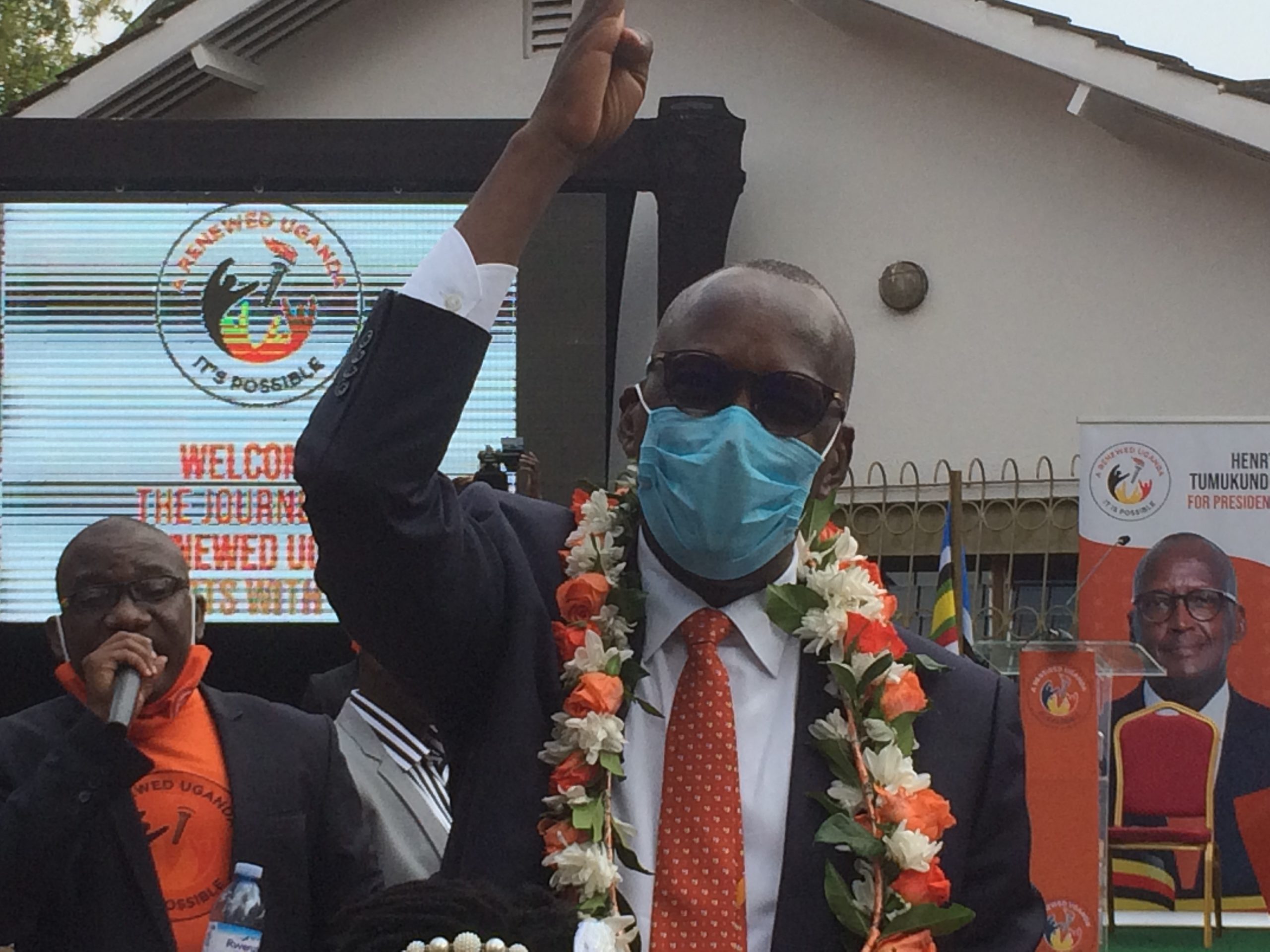 General Henry Tumukunde has launched a political platform dubbed, “ A renewed Uganda Platform” with a slogan, It is possible.

The platform launched today at the national coordination offices in Kampala, Gen Tumukunde stated that the platform will act as his political vehicle during consultation and campaign in the coming general elections where he is to contest for the presidency against the incumbent president Yoweri Kaguta Museveni.

Speaking before his regional coordinators, Tumukunde told Ugandans that more than ever before, in post-independence Uganda, “a moment has come, which requires Ugandans to mobilize themselves into a collective force to shape the future and destiny of Uganda.

He further sighted the need to address the issue of a peaceful transition adding that not in a narrow interpretation of changing leadership from the incumbent to another person, but a bigger agenda that will enable Ugandans to migrate from the traditional partisan discourse of fixed positions to one of enhanced political inclusiveness, a transition from a nature-based, to a modern, industrial, knowledge-based economy, with equitable access to resources and opportunities.

At a colorful event where delegates were donned in Dutch orange t-shirts with the fire sick emblem and paper flags, General Tumukunde confirmed engaging with different political players and vows to continue to do so with the aim of finding a mechanism of collaborating through which they can collectively tackle the challenges of governance in this country. “Without addressing the governance question, my team and I are convinced that little, if any, will change.”

Using Albert Einstein who is widely credited for having warned against, “ doing the same thing over and over again, but expecting different results” Tumukunde cautions the opposition and the current regime to always try to use channels which can cause drastic change among the citizens.

Tumukunde and his political platform plan to focus on Women, youths, and vulnerable Ugandans with more focus on revamping the economy, education, agriculture sectors, and creating jobs for Ugandans to curb the smelling unemployment levels among Ugandans and mainly the youth who account for 78% of Uganda’s population.

On ushering the general, Hon. Beatrice Kiraso who is the national coordinator of A renewed Uganda tells Ugandans that in General Tumukunde, “they are offering the country a processed and finished product” ready to steer the country to greater heights.

Others who graced the stage were Ndugwa Charles the chairman alliance of boda boda motorcycles and cooperatives Uganda and Judith Okao who showed full support for the general as he embarks on his new journey to contest for the presidency.

On 3rd March 2020, Tumukunde wrote to the electoral commission expressing intentions to aspire for the presidency and on 10th March 2020 wrote to the police boss on intensions to start conducting consultative meetings across the country.

General Tumukunde and his newly launched platform, are yet to kick start nationwide consultative meetings and strengthening campaign teams across the country.