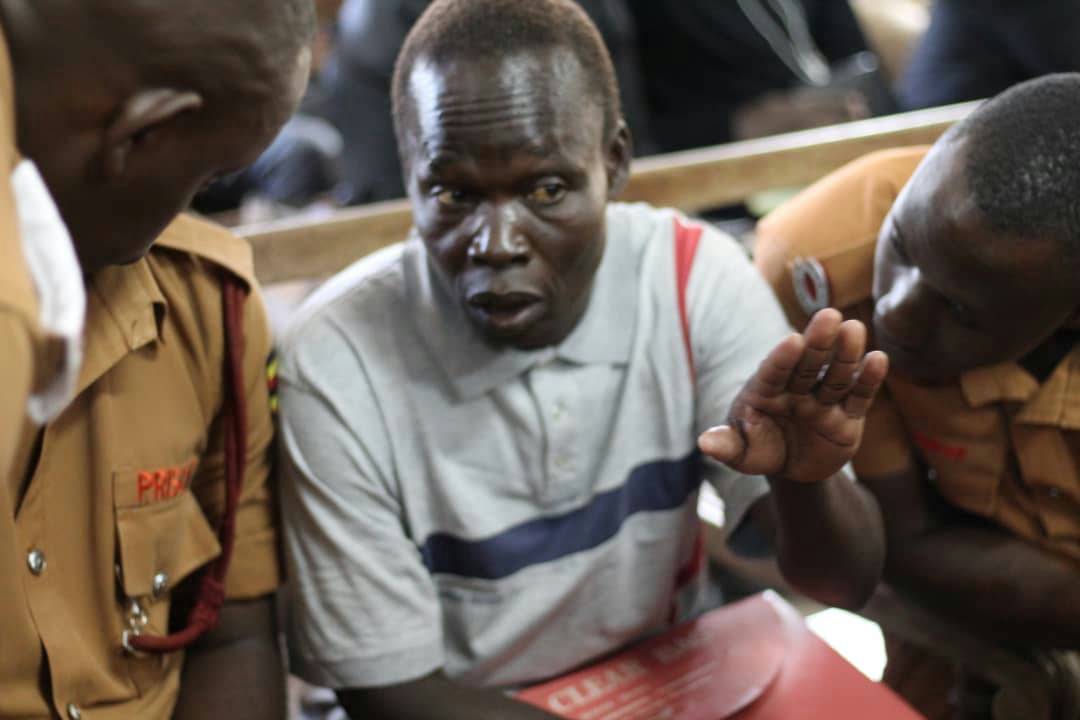 By Damba Rogers .
Lawyers representing former LRA Commandant Thomas Kwoyelo have revealed that their client is planning to commit suicide at Luzira prison.

Dalton Opwonya one of the State appointed lawyers for Kwoyelo says he was called to counsel and calm down his client who had developed suicidal thoughts from prison .

Opwonya says on talking to Kwoyelo , he learnt that the suicidal thoughts were due to his long stay in jail, and the fact that all his other colleagues with whom they surrendered to UPDF were granted Amnesty by the State .

Opwonya told journalists that his client has been in jail since 2010, and all his attempts to be released on bail have also been rejected by court.

Opwonya added that Kwoyelo disclosed to him that he feels abandoned by his family and his 2 private lawyers; Caleb Alaka and Evans Ochieng who have not showed up in court on three consecutive sittings.

Meanwhile Kwoyelo who claims was abducted at the age of 17 while in primary three and lured into LRA, is facing 67 counts including ; murder, hostage taking, aggrevated robbery , cruel treatment, rape, enslavement and violence to life among others .

All the charges stem from the 20 year political unrest that occurred in the Northern Uganda particularly in Districts of Amuru and Gulu among others.

Today Kwoyelo appeared before a single Judge of the International Crimes Division of the High court, for the Confirmation of the said charges but this could not happen due to the absence of his 2 private lawyers.

Justice Susan Okalany has now given Kwoyelo the last chance up to 23rd/July 2018 to either contact his private lawyers, or trial proceeds with the government appointed lawyers.