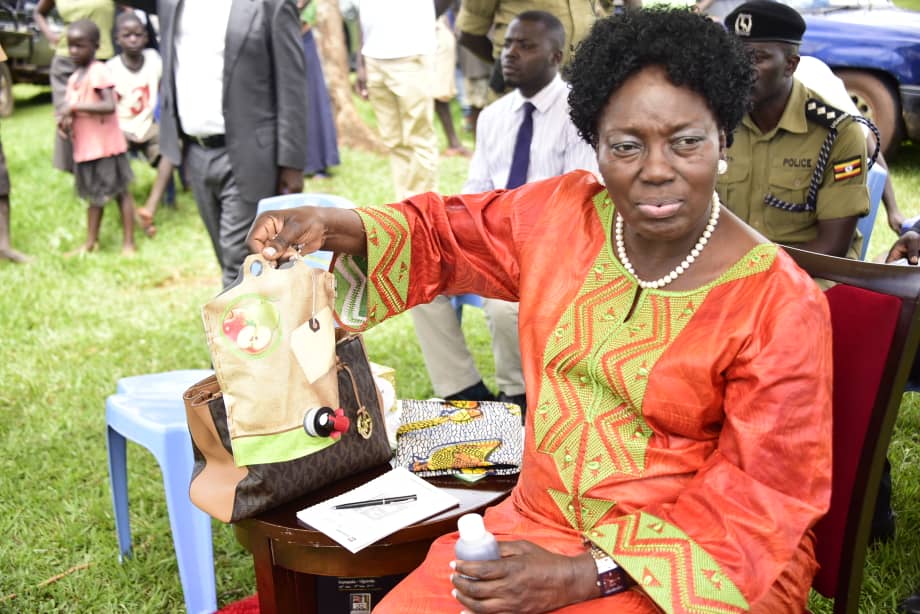 The Speaker of Parliament, Rebecca Kadaga has urged sugarcane growers to embrace the process of value addition to avert relying on outgrowing for sugar factories.

Kadaga said she interfaced with Dr. Grace Nambatya who promised her that there is a lot of value addition that can be done to sugarcane production which prompted her to work with Dr. Nambatya to start up the value addition centre in Kamuli.

“We can make a cottage industry out of the byproducts of sugarcane and make money. You can generate jobs out of the things you can do with bagasse instead of throwing it away,” she added.

Kadaga urged the Sugarcane growers in Kamuli to buy all the necessary machinery and equipment so that they make their our own products instead of applying for a license to grow sugarcane and supply it an Indian sugar factory.

“There is a lot of money you can make from the making of mats, paper bags and sanitary towels out of bagasse, the Fibre that remains after extracting juice from a can,” she further noted.

She said that the juice can be consumed and is useful in fighting cancer, cleaning of teeth and cures bad breath, and the sugarcane that has been used to extract juice can be turned into toilet paper.

“There is a manually and electronically operated sugarcane juice extractor which squeezes juice out of the sugarcane that is healthy for consumption by a diabetic person as well. The juice can be used to make cough syrup, feeds for cows and other sugarcane byproducts,” Dr. Nambatya noted.

The bagasse from sugarcane extract can be used to make sanitary pads, paper products, woven mats and even mixed with molasses to make charcoal among other things.

Recently, sugarcane outgrowers have been subject of debate in the recent Sugar Bill 2016 in which the President returned to Parliament after it had been passed insisting that sugarcane growing should be zoned.

The Bill sought to provide for the development, regulation and promotion of the sugar industry to ensure that there is sustainable, diversified, harmonized, modern and competitive sugar sector.

In the Bill, government had proposed zoning of 25km between mills with no more than one mill in that zone with out-growers in that area only supplying sugarcane to it.

However, the MPs disagreed with the government proposal saying that zoning would monopolize sugar factories.