Electoral Observers Call For Calm Between Candidates and Security 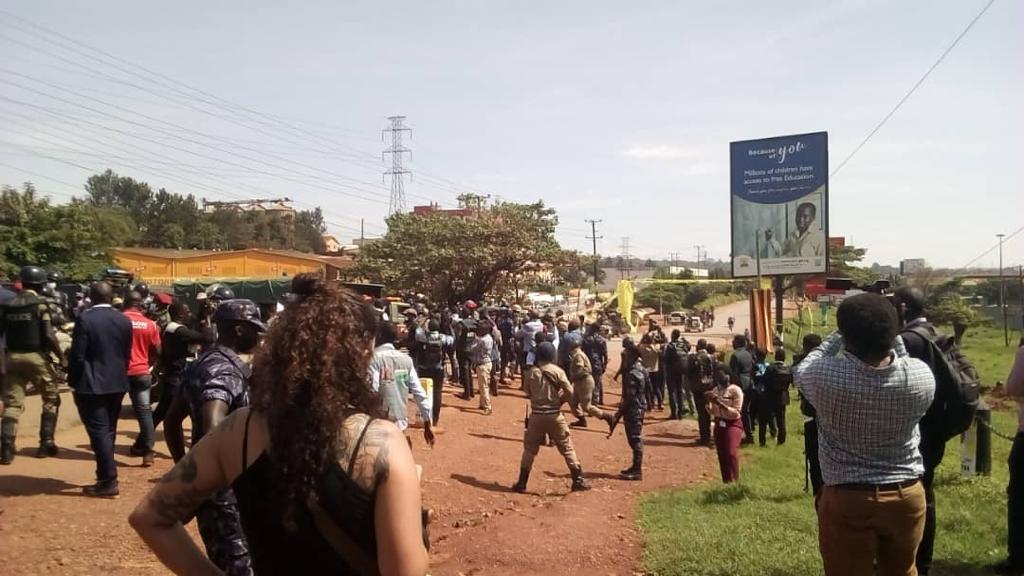 Electoral Observers Call For Harmony Between Candidates and Security

As the country now enters the campaign period for next year’s general election, election observers call for mutual working relations between the security forces and candidates at different levels to control the clashes.
Yesterday security organs engaged in battles with opposition presidential candidates Robert Kyagulanyi Sentamu (NUP) and Patrick Amuriat Oboi (FDC) together with their supporters leaving many of them seriously injured and admitted to hospital.

Crispy Kaheru, an Independent elections expert notes that the clash with security forces that was exhibited yesterday as opposition presidential candidates where being nominated is a sign that the campaign time the country is headed for might not end well.

Kaheru says it’s now upon the stakeholders including electoral commission, political candidates and security forces to cause a meeting and agree on how best they can cooperate to have peaceful and successful campaigns.

However, Kaheru calls upon the political candidates and their supporters to adhere to the standard operating procedures that where put in place especially this time that the country does not have normal campaigns due to Covid-19.
The commission has also announced 14 January 2021 as the polling date for president with campaigns expected to start on 9 November 2020.