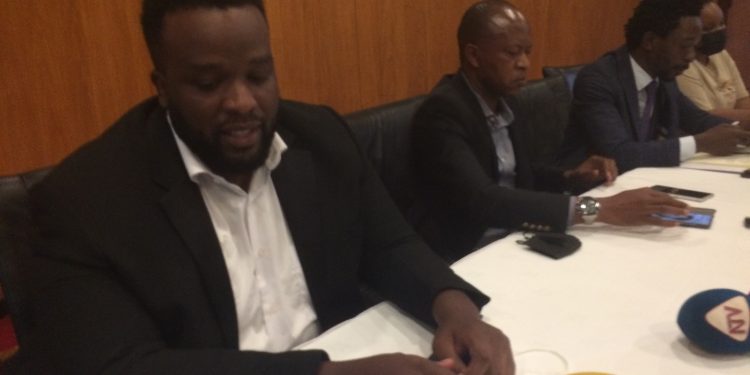 The family of Victoria university vice chancellor Dr. Lawrence Muganga is calling on CMI to avail them with the way about of their family member and if he has a case to answer then be accorded a fair trial.

Dr. Muganga was brutally arrested yesterday at Victoria university Kampala and taken incommunicado together with his escort and aide till now which continues to worry his family members.

According to Helen Batamuriza a sister to Dr. Muganga and Bruno Machabire, they believe that a person of Dr. Mugabga’s stature should not be arrested in such a manner more so if he has not resisted arrest.

They further describe his arrest as unlawful, degrading and should not have happened to him or any other citizen in the country

His lawyer Issac Ssemakadde castigates the continued illegal arrests carried out by the investigative arm of the Uganda People Defense Forces (UPDF) which he wants stopped in a country said to be following the law.

He insists that there is no clear charges have been pressed against Dr.Muganga and his assistants who were brutally arrested yesterday and he vows to continue the pursue of his client until justice is exercised.

Reports state that Dr. Muganga has been in Uganda illegally and working as a foreign agent which acts are against the immigration and security laws of Uganda.

Dr. Muganga who has served Victoria university for some years grew up in Kyazanga-Masaka
later his parents relocated to Rwanda in 1994.

He did his master degree at Makerere, and went to Holland for another course. Got a PHD scholarship to Edmonton, Canada, this was a scholarship that allowed him to move with family to Canada and later got the Vice Chancellor job at Victoria. 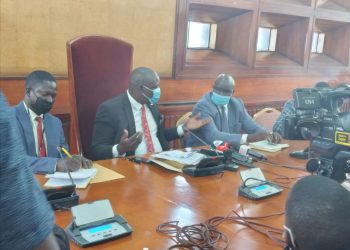 By Godfrey Ssali Members of parliament from Acholi sub-region under their umbrella body, Acholi Parliamentary Group demand for an independent...