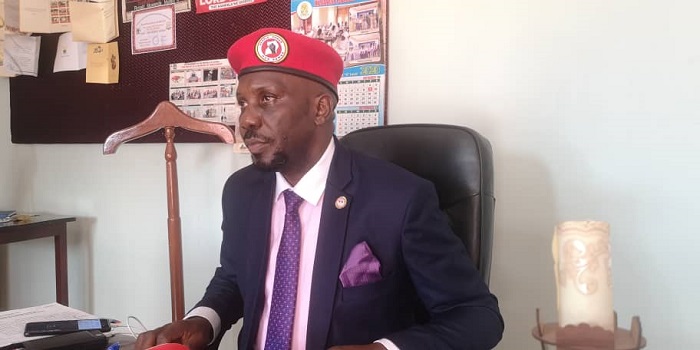 A section of members of parliament from Buganda region have asked the catholic church and Buganda Kingdom to reject the apology from Police .

The IGP Martin Okoth Ochola yesterday made changes to the police force in which he transferred the RPC of wamala region Bob Kagarura to Bukedi region while the DPC of Mityana Alex Mwine was transferred to Hoima.
Over the weekend the police fired teargas at the Buganda Mbogo clan meeting that was being held at Mugulu in Zigoti town council.

The Mbogo clan chiefs were attending a thanksgiving ceremony for their leaders Kayiira Gajuule together with religious leaders and out of the blue were dispersed with teargas by police in the area which led to the police this week to meet religious leaders and the Buganda Kingdom to apologize for the incident.

The Kalungu west member of parliament Joseph Gozanga Sewungu says that the decision by police to transfer the errant officers instead of indicting them is a clear sign that government does not respect both institutions.
The kawempe north mp Latif  SSebaggala says that police need to reprimand the officers as it has been with other officers who have misbehaved as transferring them cannot be the solution.

The Makindye ssabagabo municipality mp Emmanuel Ssempala Kigozi says that the conduct of the officers shows that they do not appreciate the norms and traditions of the people in Buganda and wants police to start to deploy people putting into consideration the community they will be serving.