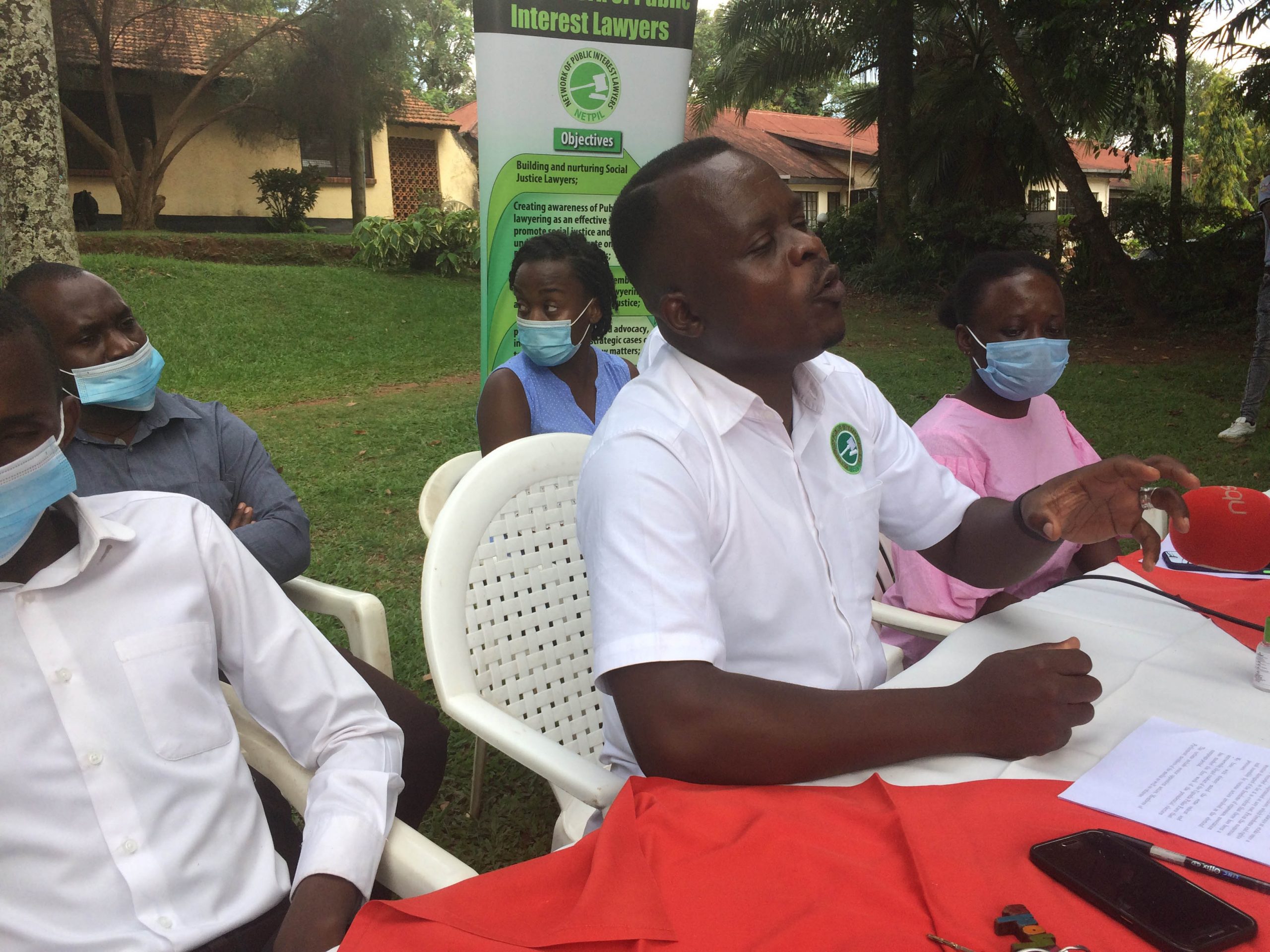 The network of public interest lawyers (NEPTIL) are vehemently concerned about the conduct of the electoral processes and key actors as witnessed so far which continues to degenerate below the legal and human rights standards established and permitted by law.

Addressing a news conference in Kampala, the national coordinator and head of secretariat NETPIL Arthur Nsereko he castigated the continued brutality coupled with massive violation of people’s rights by police, and the army against opposition candidates.

Arthur further stated that these have always been witnessed as police and army have continued to block opposition candidates from holding campaigns by tear gassing them and their supporters and those in the NRM left to hold rallies without disruption and the electoral commission has not come out to reign on the police and the army.

Nsereko also highlights the acts of security officers both in Police, Army and investigative departments for engaging in partisan politics saying this is likely to spur emotions among the opposition supporters.

On several occasions security officers have made statements which reflect their political affiliation which according to the lawyers such statements are illegal.

Early this year on 8th January a one, Capt. Sula Sserunjogi, while at Butologo hill during the fifth day of the NRA great trek code named fric Kwetu made statements, “ It is unimaginable seeing Bobi Eine sit in the office that Museveni is occupying. It is this country has democracy but we cant allow such a thing to happen.”

Last month, in a widely spread video on social media and mainstream media, Brig. Deus Sande, the commandant of the UPDF’s armored warfare training school, under the Masaka armored brigade while addressing a gathering of top business people in Masaka he is quoted to have said, “ As long as we are still here, we are not ready to give out power to ideologically bankrupt people. We can not give away Ugandans. We can not spoil what we struggled for many years ago. We are not ready. Do you think we are planning a handover? No. We are planning for consolidation of what we struggled for. Its up to the young generation to decide where they want to take Uganda but they should know that the Uganda they live in is not what it was many years ago. Uganda should not go the Somali way.”

NETPIL now challenges the heads of these institution to expeditiously take action against their officers who have openly engaged in partisan politics which is against the law.

The lawyers are also urging political candidates to follow the SOPs as they conduct their campaigns as this will help save citizens from passing over the deadly pandemic to others.

On several occasions candidates have been seen pulling huge crowds to their campaigns with supporters not observing the SOPs which puts their live at risk.