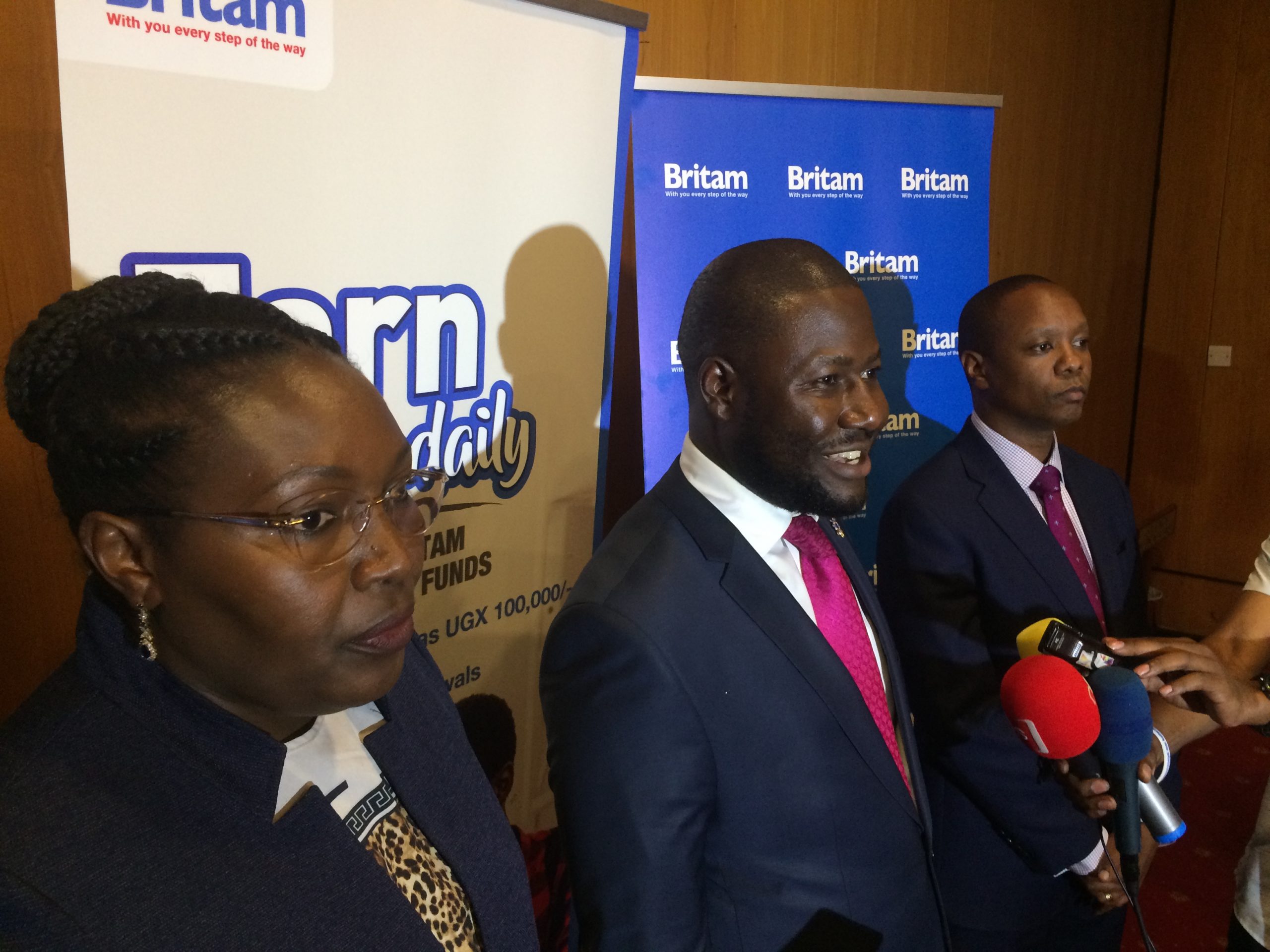 The general manager Britam assets manager, Ronald Kasolo assures individual and businesses of flexible investments this year round as they continue doing business with them.

Speaking at the launch of their new assets products dubbed, Unit Trust Funds, Kasolo reveals that, of all money market fund is the most attractive to retail investors adding that funds are invested in low risk investment vehicles such as a fixed deposits, treasurer bills and commercial bonds, giving retailers a higher than average rate of return.

“Investing in unit trust is a smart way to have your money for you without any interruption daily schedules.” Says Kasolo.

The fund answers the questions of many Ugandans who seek to earn an extra return from their saving but are not in position to access several investment option which require lump sum amounts of cash. For example, with the money market fund, one can start investing with as little as UGX.100,000, top-up with a minimum of UGX.50,000 making it accessible to many Ugandans.

A unit trust is a professionally managed investment fund in which investors’ contributions are pooled and invested in various ventures such as shares, bank deposits, govt treasurer bills among others, which offer high interest returns.