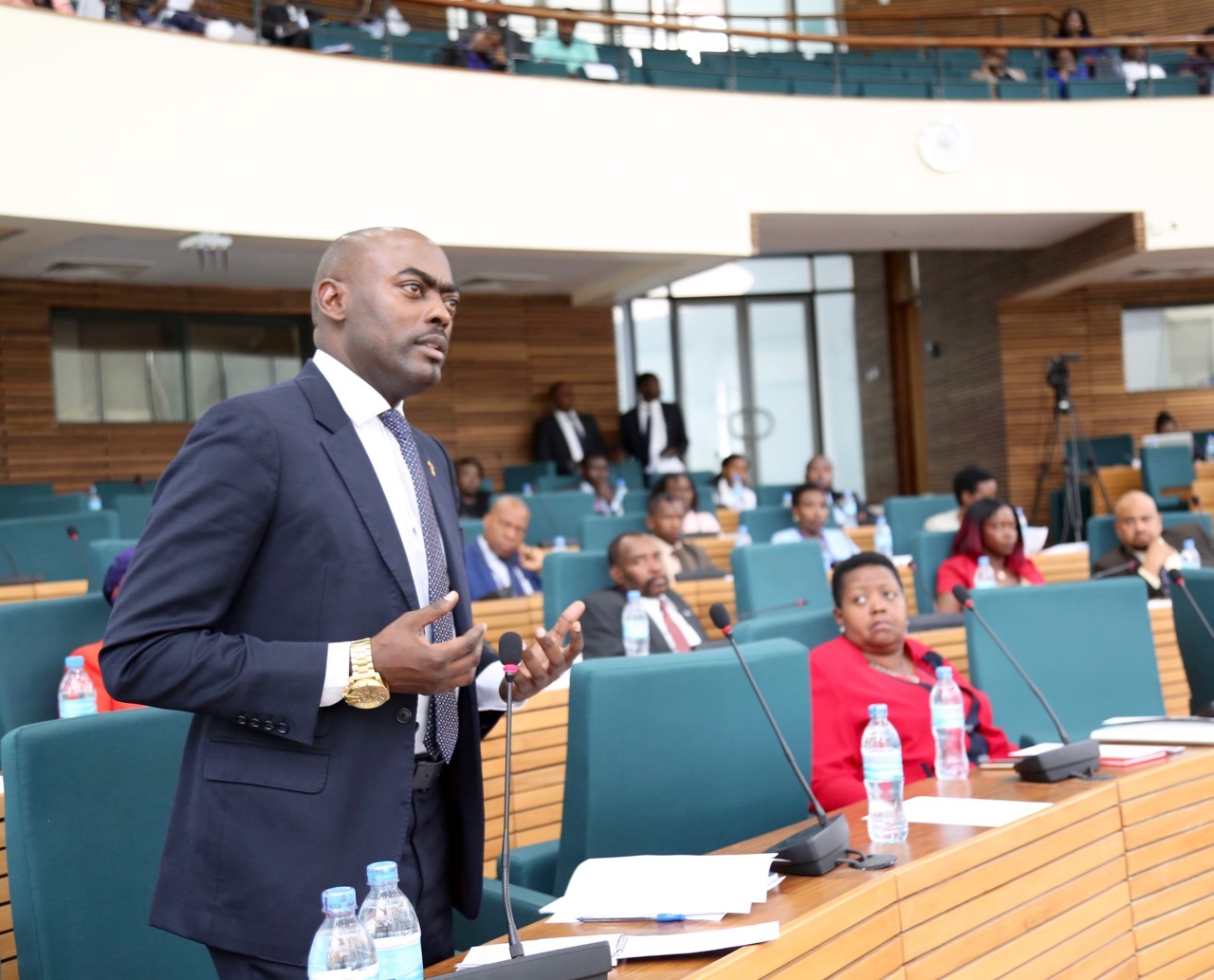 The East African Legislative Assembly has passed a resolution granting leave to Hon. Fred Mukasa Mbidde and any other Member of the Assembly who may want to intervene, and/or appoint lawyers to represent it in the case Reference No. 02 of 2018 in the East African Court of Justice (EACJ). In the same vein, the Assembly further agreed that Hon Mbidde makes use its records at the Court for the Reference which is challenging the election of the Speaker.

The motion moved by Hon Mbidde himself, received support as the House convened this morning. Reference No. 02 of 2018 filed by the Attorney General of the Republic of Burundi versus the Secretary General of the Community is challenging the election of the Speaker done in December 2017.

Hon Mbidde stated in his Motion that EALA duly met from 15th – 23rd December 2017 to perform its inaugural activities in line with the provisions of the Rules of Procedure of the Assembly, specifically Rules 4, 5, and 6 that concern the notification of the First Sitting of a new Assembly (Rule 4), List of Members and Administration of Oath (Rule 5) and Election of Speaker (Rule 6).

The Assembly was further told the matters raised in the Reference before Court touch on the sanctity of the Assembly within its jurisdiction and therefore it should be well represented in Court, the absence of which may lead to misrepresentation of the Assembly.

The legislator sought permission from the Assembly as is stipulated in the Act and attendant EALA Rules of Procedure. Article 40 of the Treaty and Section 20(1) of the Assembly Powers and Privileges Act 2003 states thus:

The Rules of Procedure of the Assembly, (Rule 23) further stipulate the manner and processes through which Journals and Records of the House, including all papers and accounts presented to or belonging to the House, are kept, processed or transmitted only under the express leave of the House, or order of the Speaker.

Several Members rose in support of the Resolution before it was put to a vote. Hon George Odongo reminded the Members that EAC citizens are expecting a lot from the legislators and urged the House to move on with haste.

Hon Fatuma Ibrahim remarked that the House had elected its Speaker and therefore supported the Motion to grant the mover of the Resolution leave to defend the Assembly in the Reference.  Others who rose in support were Hon Kasamba Mathias, Hon Dennis Namara who said it was necessary to support the Motion in line with the decision (election of Speaker) in December 2017.

Hon. Rose Akol, called for clarity with respect to who will represent EALA to avoid situation of misrepresentation of facts while Hon. Simon Mbugua urged Members to continue with the House business before it in its quest to be advocates of integration.

Hon. Mary Mugyeni also supported the motion.  Prior to the motion by Hon Mbidde, the Assembly moved a motion under Rule 30(d) and the corresponding Rule 84(1) on suspension of a rule and in this particular case that on Rule 12 on quorum of the House.  The motion was moved by Hon Chris Opoka and seconded by many Members including Hon Susan Nakawuki, Hon Abdikadir Aden, Hon Fatuma Ibrahim among others. Only two Members from the Burundi Chapter, Hon Sophie Nsavyimana and Hon Christopher Nduwayo were in the House then.

Yesterday, the First Instance Division of the EACJ convened and struck out the Application No 3 of 2018, arising from Reference No 2 of 2018, filed by the Attorney General, Republic of Burundi, seeking Court’s order to stay recognition of the Speaker of the East African Legislative Assembly (EALA). A media release dispatched by the EACJ stated a three Judge Bench (Honorable Judges Lady Justice Monica Mugenyi (Principal Judge), Justice Isaac Lenaola (Deputy Principal Judge), and Justice Fakihi A Jundu) in their Ruling, reiterated that the Application had since been overtaken by events and that the real dispute would be conversed in the substantive Reference.

According to the media dispatch, the Court added that though Counsel for the Applicant (Burundi) did understand that an order for non-recognition of the Speaker entails suspension of the Assembly, that it was neither argued that/ nor the Assembly was an issue in the matter, that it is the view of the Court that the Office of the Speaker is the issue in the Application and that the holder thereof has since duly commenced his functions.

“The Court therefore struck out the Application and ordered that the Reference (main case) challenging the entire elections process of Speaker of the Assembly be heard expeditiously”, the statement from the EACJ, said in part.

Meanwhile, the House resumes on March 13th, 2018 with Committee Sittings resuming tomorrow, through to Monday, March 1th, 2018,  in the interim.