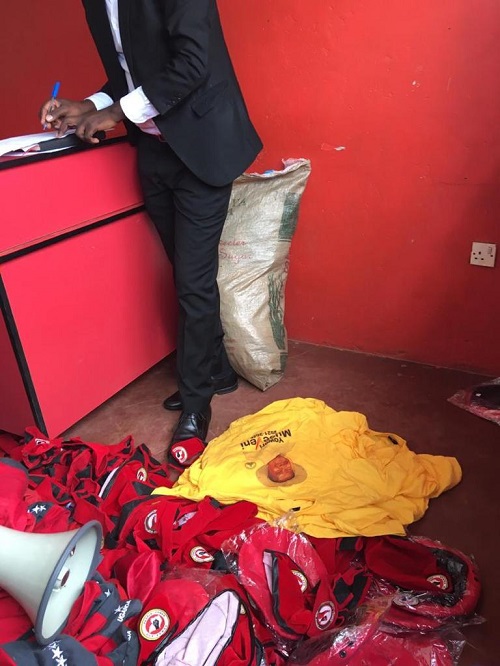 For any aspirant to fully nominate, they have to present signatures of eligible voters from over 100 districts in the country which Kyagulanyi had fully done.

On searching the offices, security landed on NRM Tshirts, red ballets, overall among others which security deemed unlawful to be in the hands of none security officers.

The search which lasted over two hours left NUP members complaining about the illegality exhibited by the regime.

Speaking to journalists after the raid, NUP spokesmen Joel Senyonyi described the exercise as being illegal but confirmed security taking vital party documents among them nomination papers for the party presidential hopeful Hon. Robert Sentamu Kyagulanyi, signatures collected across the country to support his nomination for the presidency, red ballets, overall T-shirts among others.

The operation also happened in the central business area on Kampala where red wear belonging to people power was confiscated and several business owners dealing in the making and selling of the wear got arrested.

Police says its was searching for illegal items at the venue among them wear in army form, red ballets commonly used by the military police.