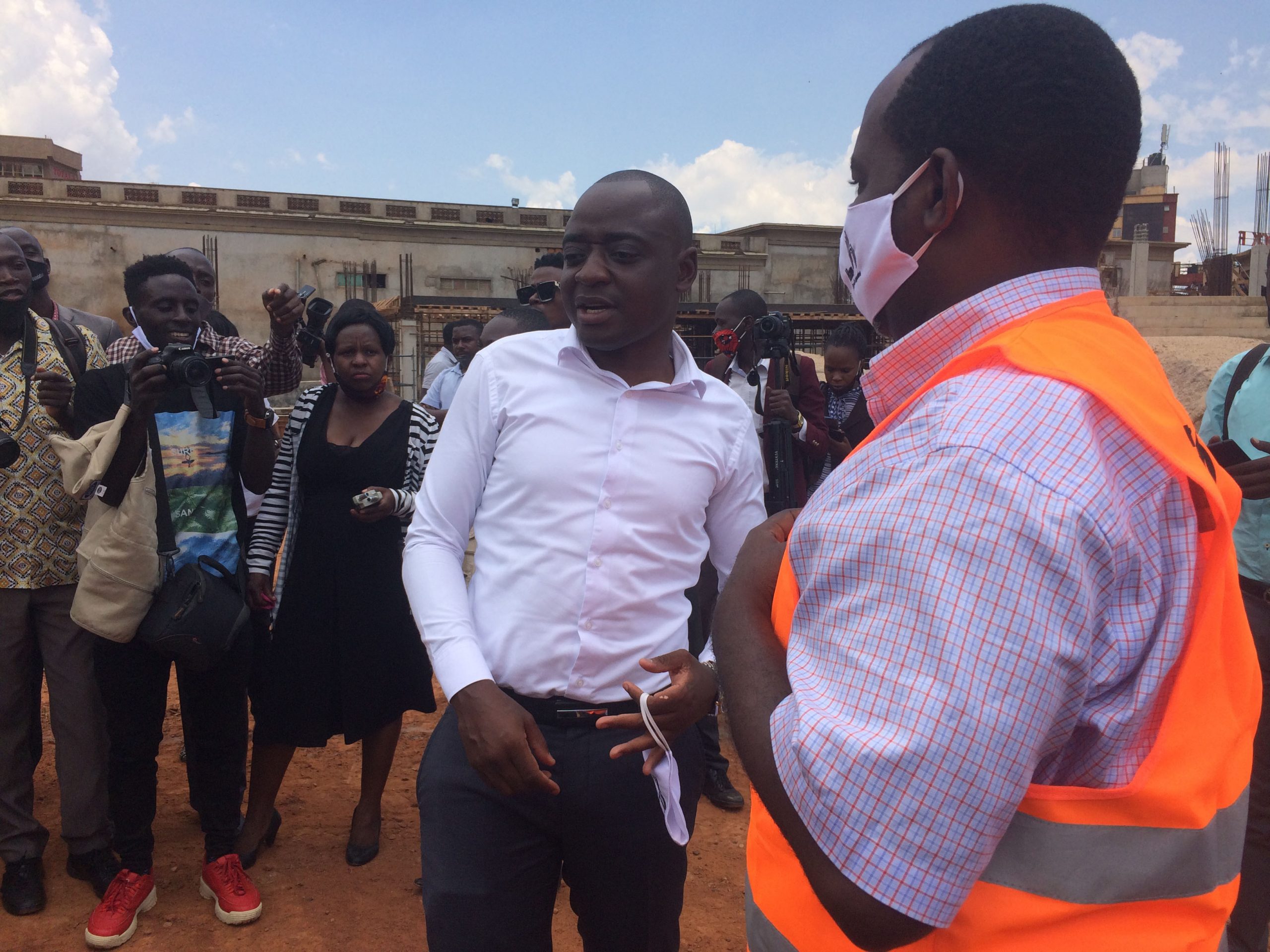 Sports men, women and fans will have to wait for another one and a half years for the total completion of Nakivubo memorial stadium with construction starting again and will stop when the stadium is complete.Said, HAM.

During the inspection of the stadium today, Haji. Hamis Kigundu who is behind the construction of Uganda’s oldest sports facility accepts works being behind schedule but notes that on the next one and a half years the country will be having another state of the art sports facility.

He also assures the nation that the work of constructing a magnificent stadium is intended to leave a legacy to the nation which he also wants to be emulated by other Ugandans. Its upon this that Haji. Hamis is challenging Ugandans who have made it a habit to frustrate him by spreading negative propaganda on the projects he takes on.

He further reminds Ugandans of their responsibility to develop the nation rather than breaking down the efforts geared towards growing the nation.

However, the stadium construction project manager Aine Agaba and HAM confirm that the stadium upon completion will be one of the region’s best sports facility as it will accommodate over 35000 fans, house a number of indoor games with hi-technology systems for all the users.

HAM confirms investing over UGX. 180 billion in the facility that will be opened in the next one and a half years with artificial tuff to be used.

In 2017, Ham Enterprises, under the stewardship of its director Hamis Kiggundu, commenced the redevelopment of the stadium. The redevelopment involved improvement to the playing surface (pitch), increasing seating capacity, improve the sitting arrangement and standards and the construction of retail shops outside the walls of the facility.

The stadium that was initially established in 1926 has seen a good number of memories from wins, losses and talent development. It diligently served Ugandans; going through timely renovations and redevelopment, the first of such coming in 1954 by the British colonial government to commemorate the lives of Ugandans killed during the Second World War.