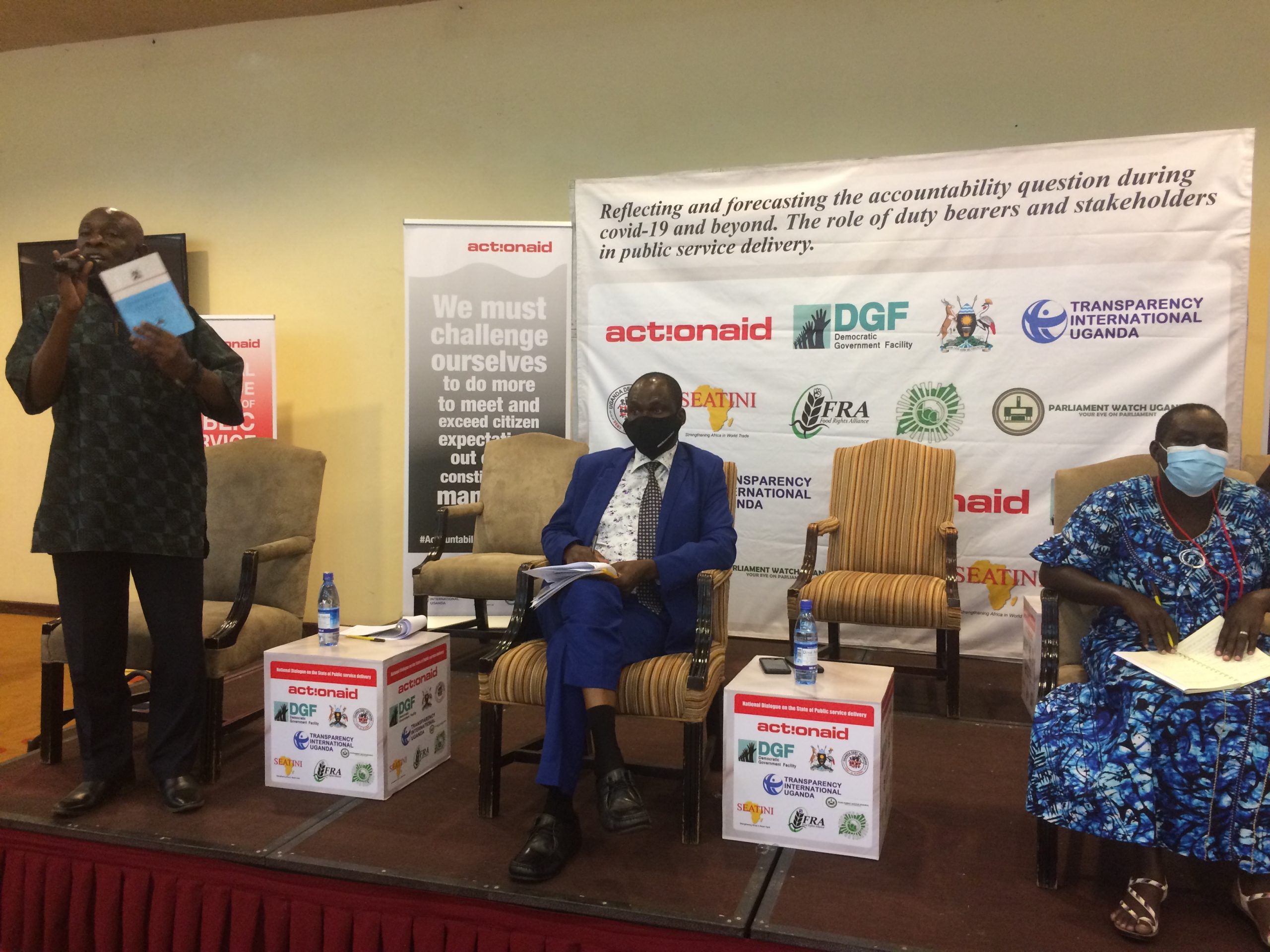 The vice chairperson of the parliamentary Committee on National Economy, Hon. Lawrence Nkooto is advised Uganda on continued foreign and domestic borrowing with plans to fund service delivery.

Giving a key note address at the national dialogue on the state of public service held today in Kampala, Hon. Nkooto who doubles as the MP for Hoima municipality blames government for not following the based strategy for Uganda to borrow as stipulated by parliament and if this is not checked the country is heading to dangerous times.

He further says, government should be borrowing to finance infrastructure projects like building power dams, roads among others and not borrowing to address gender based violence just like it is done by government with plans to use oil money to repay the debts which are carrying 14% of interest from the lenders who are mainly foreigners.

The country director Action Aid Uganda, Xavier Ejoi is calling on duty bearers in Uganda to do a candid reflection on the state of public service delivery in the country.

He wonders why a section of Ugandans are privileged to accessing quality services while the vulnerable citizens who are the majority are not accessing services in the country. This according to Xavier Ejoi is not a true reflection of inclusive growth and development in a country like Uganda.

Kenneth Kawuta from the directorate of ethics and integrity is calling on Ugandans to do soul searching and change their negative attitude as this will help foster faster development of the country and scale down on the growing selfishness exhibited by Ugandans.

The dialogue running under the theme, reflecting and forecasting the accountability question during covid19 and beyond. The role of duty bearers and stakeholders in public service delivery is aimed at discussing on how best government can extend services to vulnerable citizens mainly during the post covid19 error.