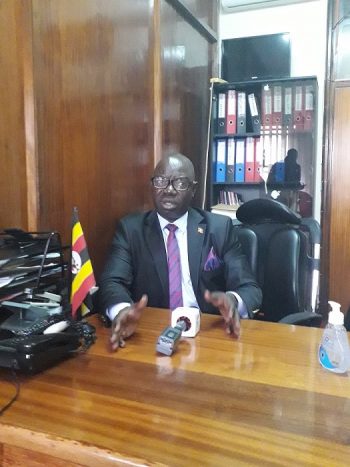 The bill seeks to facilitate citizen’s legal representation through the support of funding that will come from development partners, the government of Uganda among others.

The introduction of the bill was granted with a petition signed by 80,000 Ugandans across the country calling on the government to fast track the Legal Aid Bill that would increase access to legal services among the poor and vulnerable people.

“I want to thank Ugandans for the cooperation and support they gave me throughout the country, when I was doing these consultations, and we managed to get over 800 signatures, on top of those who have supported the bill Hon Lyandro,” noted.

He said it’s important to have a legal framework that guides legal aid services in Uganda because the poor are undermined in the courts of law, they have no voice, they don’t have access to justice, through this bill once it becomes a law.

“For the first time since independence, our venerable persons will have the ability to ensure they are legally represented in courts of law Hon Lyandro explained.

The Bill which has been before Cabinet since 2012 aims to provide easy access to free legal aid by marginalized and vulnerable groups and also regulates the legal aid service providers in the country.

Legal aid is a safeguard for the protection of rights, driver for social justice and rule of law, a backbone for peace and development as well as a foundation for the employment of other rights, including the right to a fair trial which guarantees fundamental fairness and public trust from accessing justice.

Komakech who is the promoter of the bill said that the Ministry of Justice and Constitutional Affairs has cleared him to continue with the bill and they promised him support.

The Bill was seconded by Kaberamaido county Member of Parliament Hon Bichetero Sala Eragu Veronica which will later be tabled for the second reading.