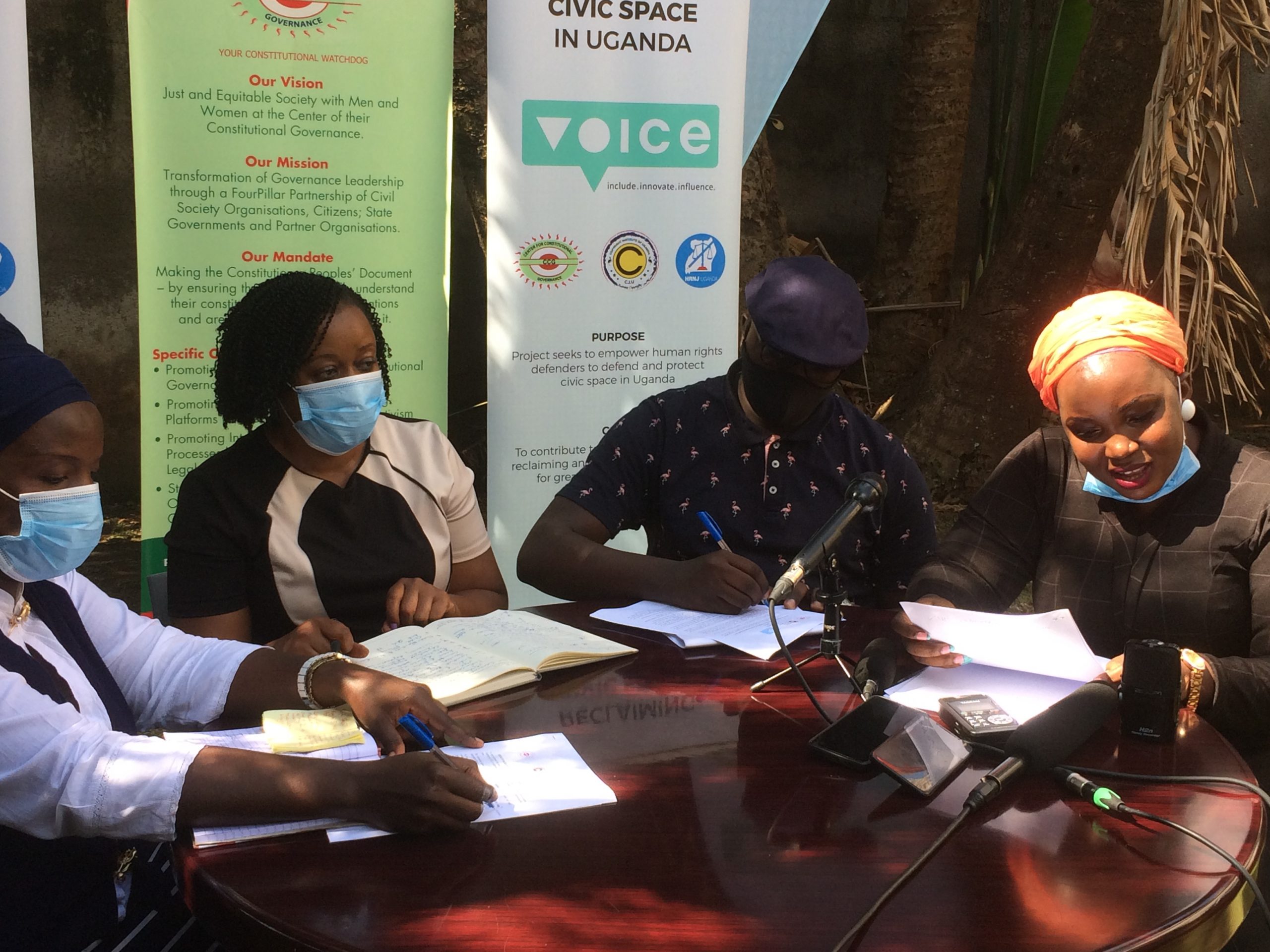 Civil society organizations have termed the new UCC directives to bloggers and online content developers as susceptive since their timing is nearing the political season.

Birete adds that if the government does not take action on this and UCC in particular they are planning to drag the institution to court by next week.

The notice for seeking authorization, confirms our fears that legislation such as the communications Act 2013, the Anti-terrorism Act 2010, Computer misuse Act 2014 Public order management Act 2013, Anti-money laundering Act 2013, Anti-pornography Act 2014, and the Non-government organization Act2016 serve to confirm our suspicions and were enacted to control the dialogue and criminalize dissent and restrict the enjoyment of freedoms of expression and the media.

Such action by the regulator undermine efforts to foster positive mutual and constructive relations between the regulator and those they regulate as required in the state and citizens relationship.

Ivan Bwohe and Sophie Kyagulanyi who are both lawyers are questioning the motives by UCC to drop draconian regulations to the industry at a time when the country is hosting a scientific election.

Further, they state that the notice is inconsistent with the objectives of the Uganda communications commission Act which established the commission. Rather than nurture, facilitate and encourage the transition to modern, technology-based advancements, It seeks to keep Ugandans mired in primordial and backward forms of communication that have no place in a digitally changing world.

But the state minister for information and national guidance, Peter Ogwang confirms that they will be holding a serious meeting with the commission on Wednesday to handle the contentious matter.

On 7th September 2020 UCC issued a directive instructing all online content developers in the country to register with it at a cost of UGX.100,000 before the deadline of 5th October 2020.