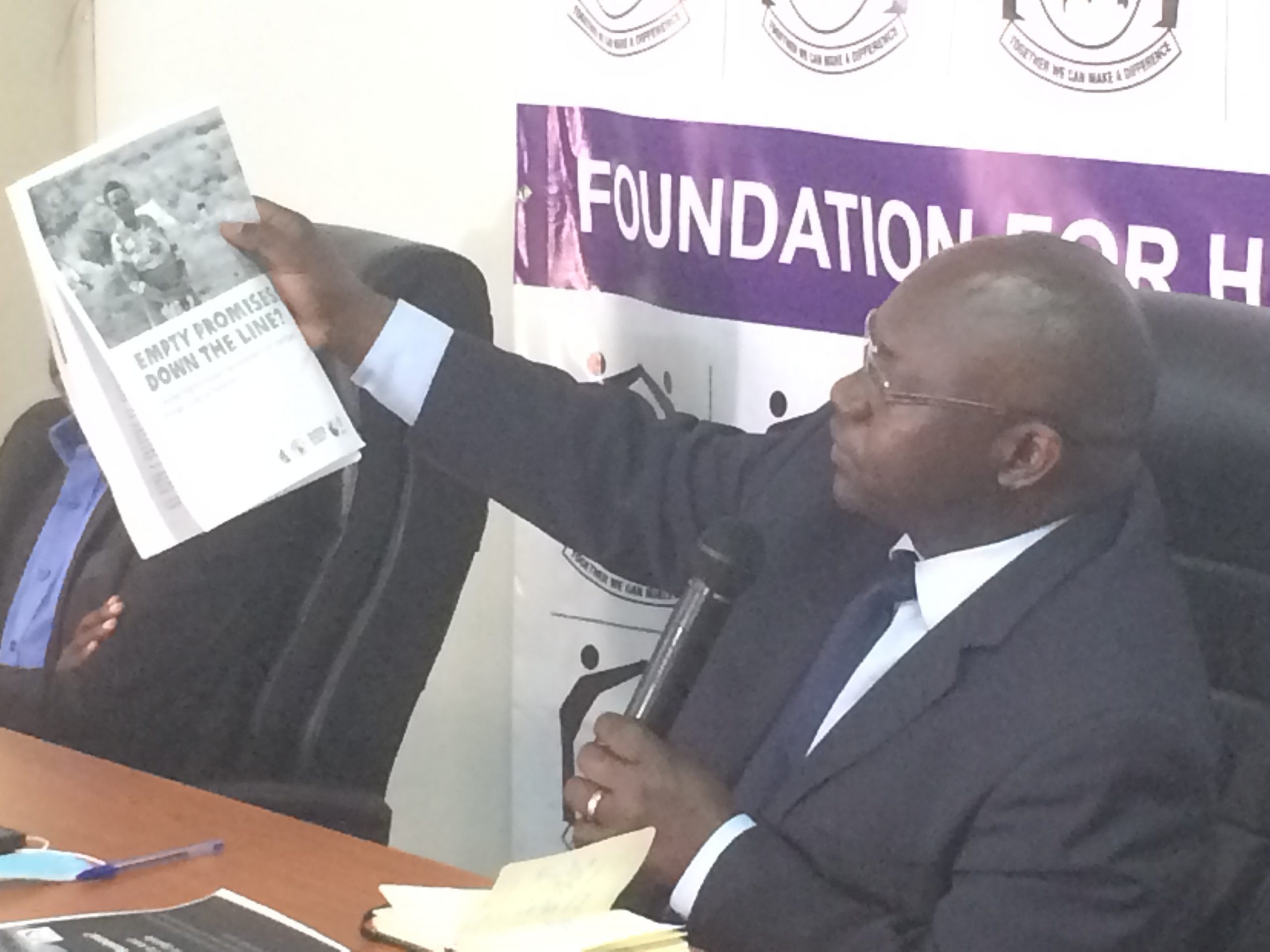 Sheila Muwanga, the FIDH Vice President says both reports offer community-driven recommendations of urging oil companies and governments who are on the verge of making their final investment decision for the pipeline constriction that starts in March 2021, to undertake measures that avoid a human and environmental disasters.

FHRI Executive Director Livingston Sewanyana while launching both the reports at the foundation headquarters in Nsambya urged both government and companies to consider the voices of the communities and the findings when implementing oil development in the Albertine region.

However, Harrison Asaba one of the community members in Buliisa district accuses Total Oil company of not compensating several homesteads that were not in the range of 300 meters from the wells but instead forcing them to vacate their lands.

“Despite promises about jobs and a better future, communities are worried about lost land, a damaged environment, and the empty promises of oil money,” Said Caroline Brodeur, a private sector advisor for Oxfam. She adds that the risks posed by further oil exploitation in East Africa are immense and urges companies and governments to review these newly released findings, which reflect fears, hopes, and recommendations of communities around lake Albert oil projects and down the line and commit to a different path forward.

Dovetha Mbenna from NCEE warns that “if new oil projects move forward, companies and government must reconsider their approach and put communities at the center of their decision making.” She further reminds Uganda and Tanzania that their future is based on land, environment, and the aspirations of local people.