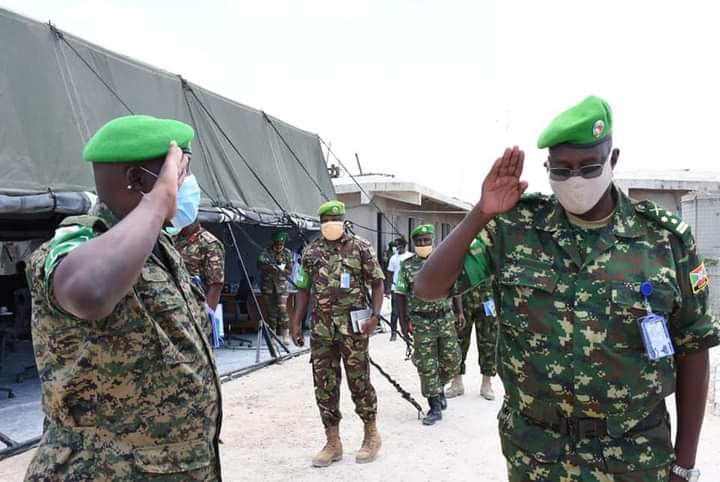 The new Force Commander of the African Union Mission in Somalia(AMISOM), Lt Gen Diomede Ndegeya has made his maiden visit to Sector One, which is manned by Ugandan troops in Somalia. 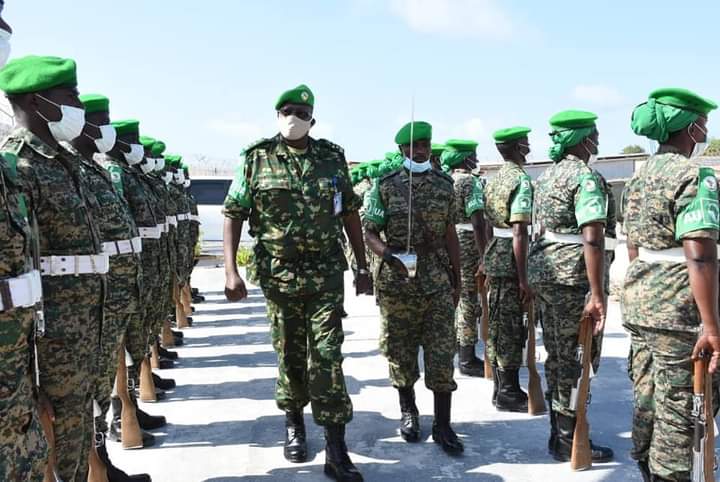 The Force Commander was on a familiarization tour of all AMISOM sectors in Somalia, starting with Sector One.

General Ndegeya was received by the Deputy Sector One Commander who is also the Deputy Commander of  Uganda’s Contingent, Col John Winston Mugarura.

Col Mugarura and his team briefed the Force Commander on the security operations in the sector.

The Force Commander lauded Ugandan AMISOM forces for their recent capture of key towns of Sabiid-Anole, Bariire, Awdheegle, Ceel Salini, and Jannale, under the stewardship of Brig Gen Richard Otto.

The General observed that the captured towns were very strategic to Al-Shabaab. He noted that the towns provide a significant military advantage of accessibility and linkage and, hence, their capture is a solid contribution to peace in not only Somalia but the entire region.

General Ndegeya paid tribute to the fallen soldiers while on duty in Somalia. “Please remember that the ultimate sacrifice of their lives was not in vain. Surely, we would not be sitting here comfortably today if it was not for their bravery in bringing peace to Somalia. We will never forget them and we will fight to the end until when there will be no more Al-Shabaab in Somalia until we finish what they started,” the Force Commander said.

The General also saluted the efforts of His Excellency the President of Uganda and Commander-In-Chief of the UPDF Gen Yoweri Kaguta Museveni, the UPDF Chief of Defence Forces Gen David Muhoozi, and Ugandan citizens for their commitment in bringing peace in Somalia.

Present were AMISOM Chief of Staff Brig-Gen Domitien Kabisa, Sector One Chief Administrative Officer Col Elvis Byamukama, and other Officers from both AMISOM Force Headquarters and Sector One.