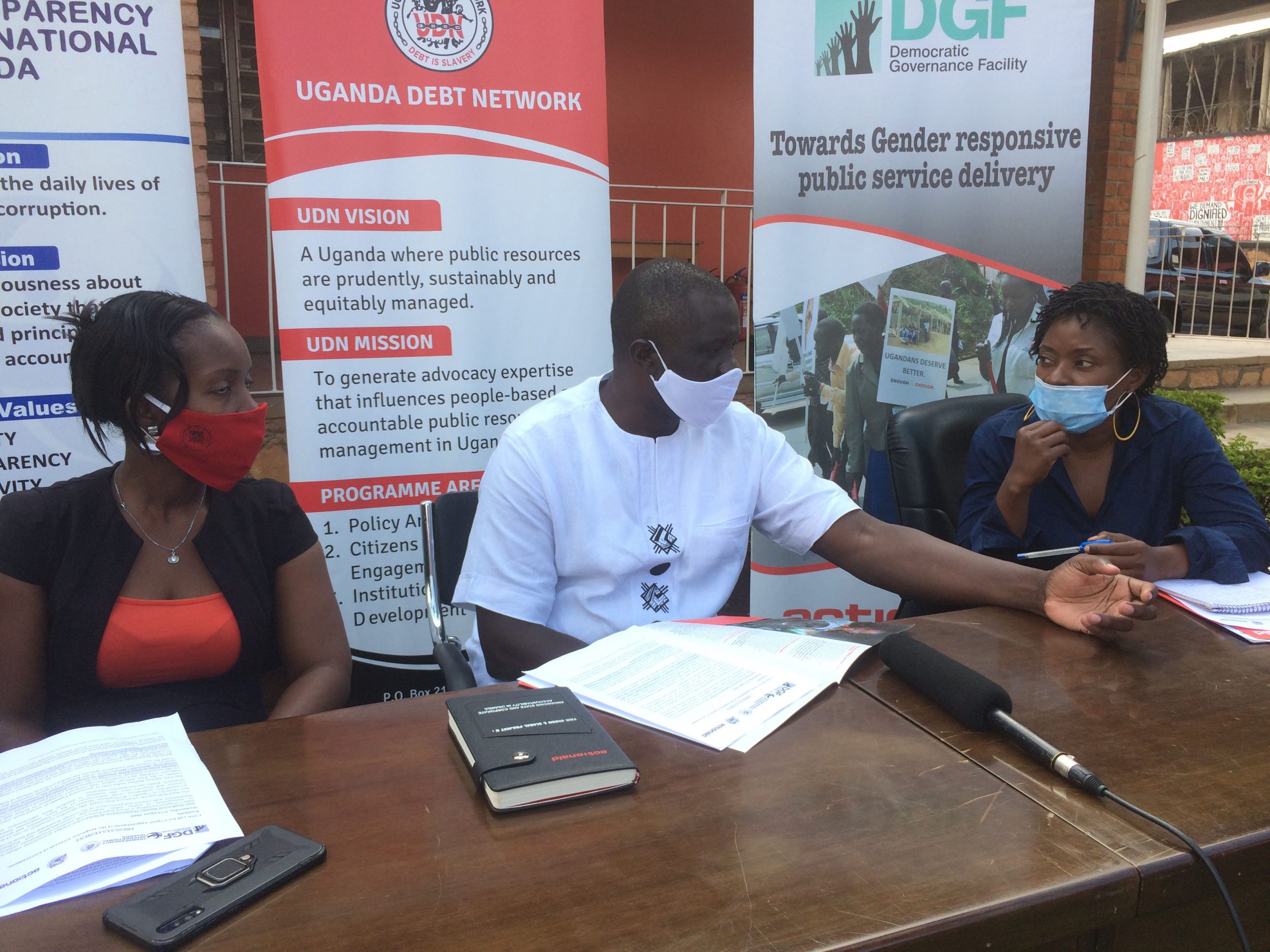 Anti graft CSOs in uganda are strongly calling on govt to appoint a substantive Inspector General of Government (IGG) to facilitate smooth operations in the fight against corruption in the country.

Addressing a news conference today in Kampala, the executive director action aid Uganda Xavier Ejoyi says the absence of a substantive IGG makes it hard for govt to prosecute those found engaging in corruption and continues to fuel the vice.

According to Cissy Kagaba the executive director Anti corruption coalition of Uganda, they acknowledge government efforts to fight corruption including; a strong legal framework, creation of institutions, reforms in management of public funds, improving communication and feedback mechanisms with citizens and prosecution of the corrupt at national and local level.

However, Christine Iringiro from Uganda Debt Network refers to  the East African Bribery Index (2018), which positioned Uganda as second most corrupt country in the East African region with excessive corruption in Police and the Judiciary. Globally, the Corruption Perception Index (2019) placed Uganda 137 out of 180 countries assessed. According to the Global Financial Integrity report, 2018, Uganda loses at least $1bn annually in corruption related tax evasion and money laundering.

While the Inspectorate of Government is very central to the fight against corruption by virtue of its special powers to investigate, arrest and prosecute cases involving corruption (IG Act 2002, s 14(5), the office is poorly resourced and underfunded to carry out its duties. The absence of a substantive Inspector General of Government (The former IGG’s term of office having expired in July 2020) further compounds the situation, leading to case backlog.

Consequently, successful prosecution of cases hangs in the balance, such as the most recent one in April 2020 where four top Ugandan Government officials were arrested for inflating COVID-19 relief food prices thereby causing Government losses in excess of 1.9bn. These are some of the challenges that Civil

Society continues to grapple with, but also breed apathy among some sections of the general public in the fight against corruption.

In its current state, the Inspectorate of Government cannot initiate new charges or institute new investigations apart from continuing with those already in the system, which alone is an impediment to Uganda’s anti-corruption fight, especially now that we are headed into the 2021 general elections. Although members of the Leadership Code Tribunal were in July 2020 officially sworn in, they cannot effectively do their work without a fully functional IGG.

Also the advocates raised fears over the increased monetization of politics and a case in point being the NRM party which has spent over UGX.5 billion to facilitate party primaries and Central Executive C polls.

Still party members have splashed huge sums of money to buy supporters to vote for them right from CEC polls to the primaries. And reports emerge that some members in CEC spent more than UGX. 400 million to hold meeting with members secking for their support. With all this, anti graft advocates are calling for deeper investigation into political funding in this country and this can be done when the country has a substantive IGG.

The president of the Republic of Uganda should expedite the appointment of an Inspector General of Government but also government should address the current loopholes in the anti-corruption fight which include; political interference and resource constraints at the various Government institutions.

Alternative measures should be put in place to fast track corruption cases especially those that are under appeal and enforce the anti-corruption legal framework like the Whistleblowers Protection Act and the Anti-Corruption Act to enable and encourage citizens report cases of corruption.