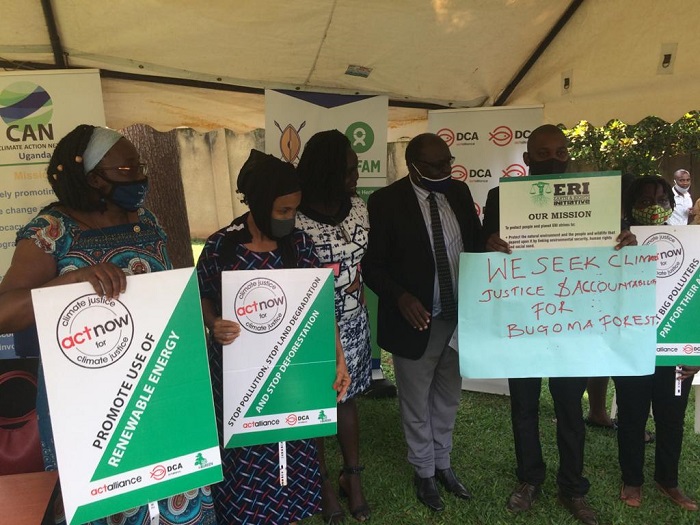 Environmentalists are worried that the give away of Bugoma central forest reserve in the Albertine rift valley is likely to see Uganda lose a good number of her biodiversity.

The give away of Bugoma forest sited on 41,144 hectares by National Environment Management Authority (NEMA) to Hoima sugar limited follows a series of court judgments in regards to the ownership of the land on which the forest sits.

Uganda’s climate ambition ambassador and board chairperson climate change action network –Uganda (CAN-U) John Mary Odoi emphasizes that the give away of the forest by NEMA is a total shame.

The activists reveal that they are considering dragging NEMA to court seeking a reversal to their act of selling the forest as well as trimming its powers of being the supreme in protecting Uganda’s natural resources and carrying the final mantle on the decision to give them away.

And the give away of forests among other natural resources continues to pause a great threat to Uganda‘s environment and other cultural heritages in the country including loss of biodiversity leading to the extinction of 260 species of trees, loss of habitat for animals which is likely to see 23 species of animals including over 500 chimpanzees and 225 birds losing their homes.

Uganda made a commitment to address climate change concerns including reducing emissions by 22% and keeping the temperatures low. One of the contributors to the achievement of these ambitions is to increase tree coverage in order to have carbon gains and one key focus activity in the National Adaptation Plan of Action (NAPAs) is community tree planting.