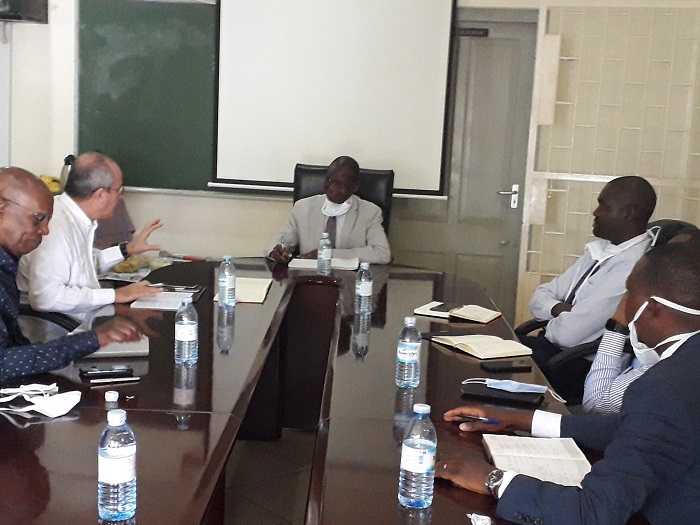 The Cuban Ambassador to Uganda Amb. Antonio Luis P. Izaguirre has promised to establish a partnership between Cuban Development Authorities in Cancer Management and Uganda Cancer Institute (UCI) in a bid to promote and improve cancer services in the country. Ambassador Antonio made the remarks during a courtesy call on the leadership of UCI at Mulago in Kampala.

“Cuba has always been in the position of making a little contribution to social and economic development all over the world and if there is anything we can do to develop a very fruitful partnership with Uganda Cancer Institute we can make it” Amb. Antonio noted. 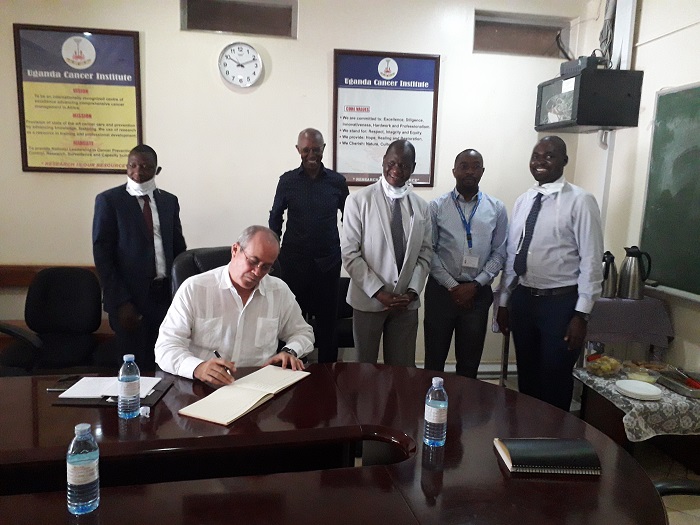 UCI Executive Director, Dr. Jackson Orem said this was the Ambassador’s second visit to the institute in a bid to explore the possibility of how the institute can tap into some of the scientific advancements that Cuba has made in the area of cancer treatment, drug development, and research and how the two can work together.

“Two years ago, he was here at UCI. So, today’s visit was mainly to re-establish the link that we started to make with institutions in Cuba like the National Cancer Institute of Cuba, the Cuba Pharma which manufactures anti-cancer drugs” Dr. Orem explained”.

Dr. Orem added that the leadership of UCI has agreed with the Cuban Ambassador that the collaboration that they started during the Ambassador’s first visit two years ago, becomes fruitful.

The collaboration according to Dr. Orem will pave way for the transfer of technology in cancer management between the two countries especially in terms of human resources such as radiotherapy technicians as well as medical physicists. This, Dr. Orem said, will boost UCIs capacity, which is a positive development for the country.