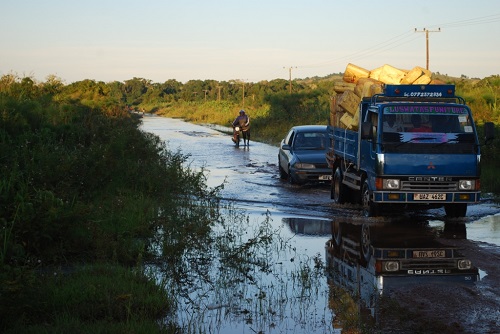 The increasing water levels from Lake Victoria have displaced a police station and different households at Kasensero landing site.

The police officers are currently operating in a make-shift tent about 100 meters away from the submerged station.

The affected residents have also sought refuge in safer places including Kasensero Health Centre, Churches, and schools where they have camped for several days. 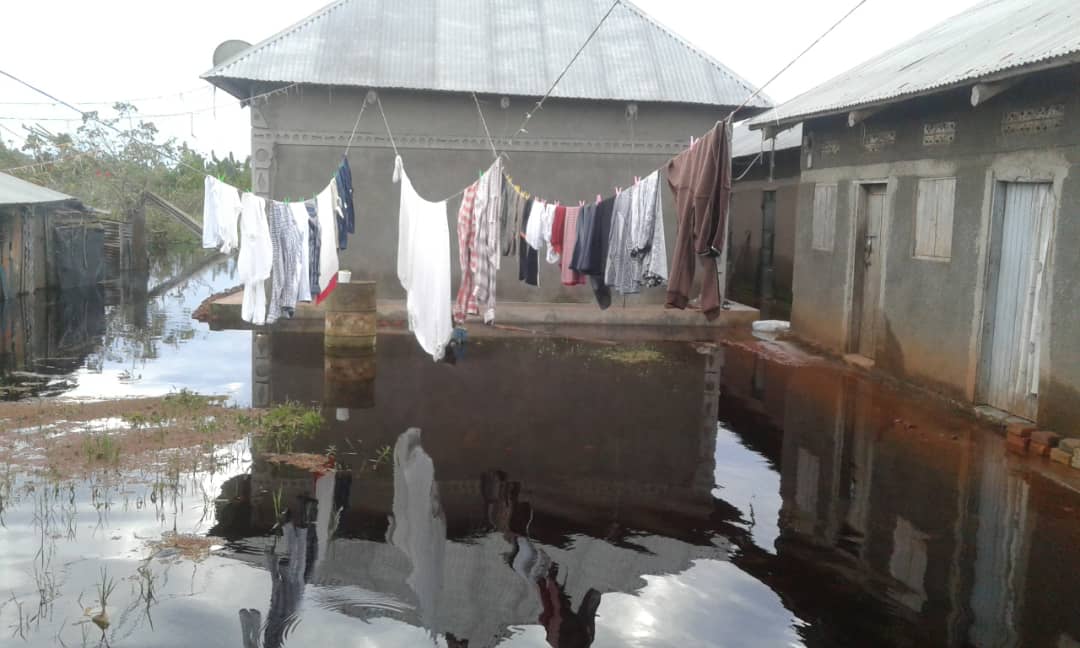 Some of the homesteads flooded

For the sake of the Kasensero calamity, the authorities said that Lake Victoria is reclaiming most of its

original sites which residents encroached and settled in for several decades.

“The most affected are those leaving near the lake shores. Several hopes, houses, bars, restaurants, lodges, guest houses, garages, drug shops, name it, have been submerged,” he said.

Njuba explained that the persistent torrential rainfall has forced the water levels to increase and forced water to extend about over 100 meters on to the land.

The Kasensero-Kyapa road that connects Kasensero and Gwanda communities to Kyotera –Mutukula highway is currently impassable.

Toome wetland over flooded due to the increasing discharge by River Kibaale in Rakai district and River Bukoolain Kyotera. 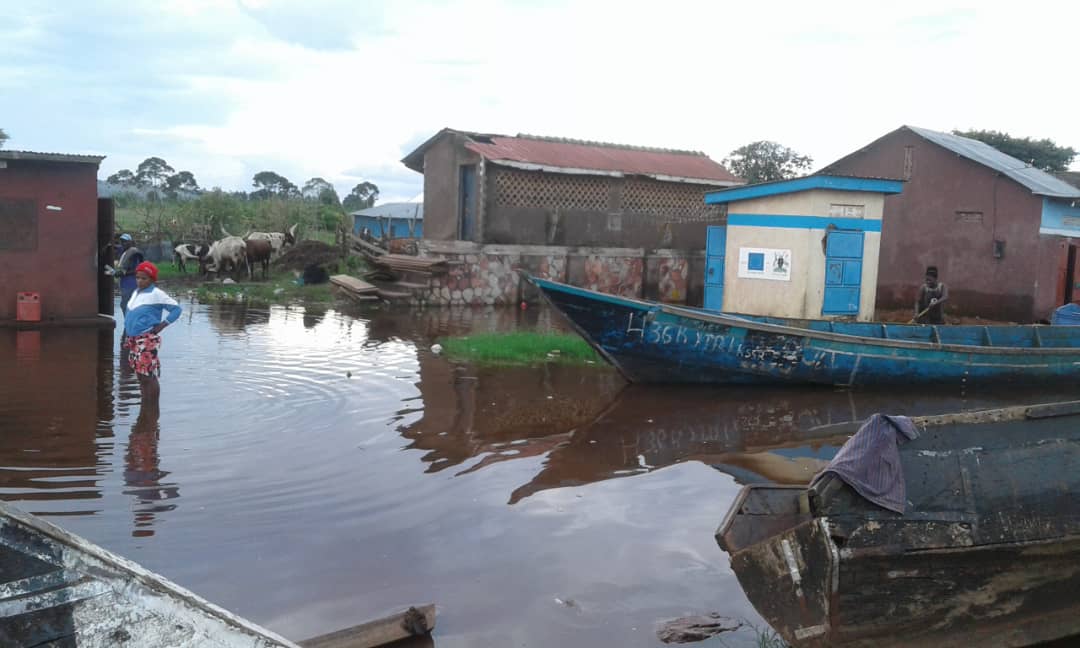 Njuba, who is also the Kyotera Deputy LC5 Chairperson, attributed the flooding to the weed and papyrus that overgrew in Toome drainage.

“The vegetation that has grown in the drainage system over time has made it difficult for the stream to have a clear channel through which it can drain into L. Victoria,’ he said.

He said that access to basic needs, goods, and services has become difficult for the majority of affected residents yet several routes have been cut off by floods. The fishermen, traders, patients, and COVID task force are the most affected.

The goods or merchandise are loaded on a tractor which maneuvers through the flooded sections up to the dry part of the road. The cargo is then reloaded on another truck that transports them to their respective destination.

Yusuf Muzamir Kalyango, a motorcyclist, said that Kasensero contributes shs14bn from the fishing sector alone but the returns to offer infrastructural services are very little.

David Balimunsi, a teacher at Mirigwe Primary school in Gwanda sub-parish, said that it is becoming hard to transport patients including pregnant women to major hospitals in case of emergencies.

Last week, a 60-year-old patient died on a boat while crossing the Toome flooded section.

Antonio Ssenyomo Matumbwe, a resident of Kaligwa village in Gwanda parish was heading to Kasensero health center IV for treatment when he passed on.

Eyewitnesses said he had waited for some time for a boat to cross the floods that cover over 200 meters.

According to Jimmy Adwek, the UNRA Regional Manager, they visited the affected communities last week to establish the actual problem.

He said that the papyrus had blocked the drainage system at Bukoola village forcing the water to spread over the road but they could not do so much about it.

“But we are working out modalities to ensure that we remove all the vegetation blocking the drainage system,” he said.

He explained that they have engaged the ministry of agriculture to assist them with an amphibious excavator to remove clears the papyrus and other weeds blocked the water flow.