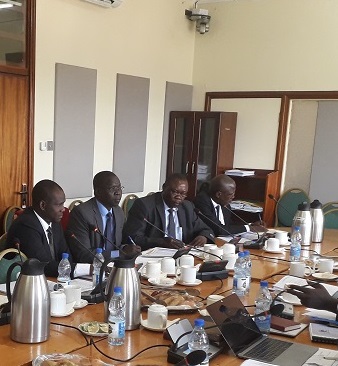 The public Accounts Committee of Parliament (PAC) has given Gulu University management up to April to account for unexplained variance in revenue collection to the tune of 4 billion shillings.

According to audit reports for the financial year 2017/ 2018, summarized student receipts on platform indicated 7 billion shillings. The Auditor General’s report shows the University collected non-tax revenue of Shs12 billion yet Adebua and his team claimed the figure to 8.7 billion but without any documentary evidence.

While appearing before the committee which was chaired by Hon. Okin P.P Ojara, the accounting officer of Gulu university Mr.  Asaph Adebua stated that the university collected 8.7 billion shillings, as opposed to the UGX 12 billion, disclosed in the financial statements indicating that this was a system error that would be adjusted.

However, the auditor general notes that there were no adjustments made to the accounts by the system.Buyonyole west MP James Waluswaka also a member of the committee expressed concern why management never reported the error to the Ministry of Finance (MOF), saying the accounting officer and his team should be held accountable.

“Chair, unfortunately, I think I did not write to the Ministry. Adebua explained that he sent a team of technical officers to physically report the problem to MOF.

The Vice-Chairperson of the committee Hon. Okin P.P Ojara advised the university management to get in touch with Auditor General and provide them with evidence, warning that failure to satisfy the second audit, they should be ready to refund the missing Sh4 billion.-

The committee directed the Auditor General to conduct a forensic audit on the University accounts and reports back to Parliament by April 2020.