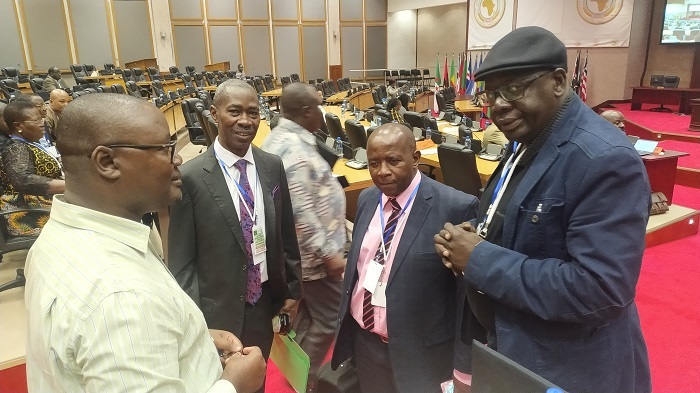 Members of the Pan African Parliament (PAP) have been urged to make appropriate laws that protect victims of Online Child Sexual Exploitation (OCSE).

Speaking to MPs of the continental parliament in South Africa, experts said that the interpretation of the laws on OCSE are ambiguous and continues to be a bottleneck in seeking justice for the victims of the vice across the globe.

OCSE is the abuse of children via the internet and remains a global threat with rising internet connectivity. Many a time, the abusers are overjoyed to publish photos and videos of their exploits online to gratify their like-minded abusers.

“We are not interested as a continent in regard to legal and legislative solutions, which is linked to the culture within the African continent. We are quick to copy and paste laws that are not applicable to Africa,” said Dr. Elvis Fokala, a researcher with the University of Stellenbosch in South Africa.

Dr. Fokala signaled out Mauritania and South Africa for creating the best friendly child laws in his presentation to MPs at the two-day workshop on Online Child Sexual Exploitation held between the 28 and 29  February 2020.

The MPs are currently attending sittings of the PAP permanent committees in South Africa to generate house business for the plenary scheduled for May 2020.

Although there is a dearth of statistics because many of the victims and offenders involved in OCSE remain unidentified, available data for 2016 shows that the Internet Watch Foundation identified over 57,000 web addresses containing sexual abuse materials.

Mr. Andrew Rugege, the International Telecommunications Union (ITU) Regional Director for Africa said there were 4.1 billion people accessing the internet, with one in three being children.

Rugege said that although children have a right to enhance their digital skills, the use of existing and emerging technology exposes them to child pornography, bullying in schools and suicide, among others.

“I put it to you, honorable members, that the rights of the child should come first before their rights to the digital world,” he cautioned.

Hon. Anifa Kawooya from Uganda lashed out at African governments for being quick at signing agreements but very slow implementation.

“Emphasis must focus on appreciation of our values as Africans because these gadgets used by the children are bought by us. We need to scale up the involvement of parents, especially mothers,” she said.

Rugege said whilst it was not possible to shut down the internet because of its amorphous nature, regulation and enforcement were critical to curtail online child sexual exploitation by deploying means such as use of malware, artificial intelligence, facial recognition and big data.

Malware is a software designed to disrupt, damage, or gain unauthorised access to a computer system while big data is a very large data set that may be analyzed to reveal trends and associations relating to human behavior and interactions.

Calling on researchers to urgently support the MPs in creating the enabling laws, Hon. James Kakooza (Uganda) said that as the continent had forgotten its cultural values.

“We need awareness in homes. The man selling you the equipment will not tell you about the other side because they only want money,” he said.

Dr Adeola Romola, a lecturer in international law and legal studies at the University of Pretoria applauded the recommendation from the ITU in regard to setting up a digital law library as a point of reference that leverages on technology.

The digital library, if blessed by the MPs, will allow authorized users from across the continent to exchange information and share data with their colleagues. Some of the information therein will include legislation, landmark rulings, and precedents.

“This will facilitate referencing, benchmarking and harmonizing of best practices in the fight against the vice,” Dr. Romola said.