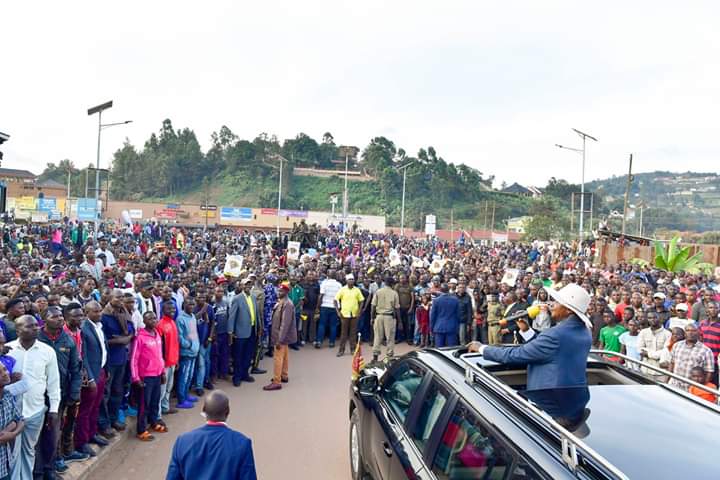 President Yoweri Kaguta Museveni has expressed sympathy to the citizens of Uganda and Rwanda that have been affected by the closure of the Katuna border and called for patience, saying a lasting solution is being sought to solve the problem.

He expressed optimism that with the independent facilitators from Angola and Democratic Republic of Congo (DRC) the truth will come out because the NRM government stands for the truth.

The President, on his way to the 4th quadripartite summit, was speaking to hundreds of Ugandans who had gathered along the road to Katuna border post.