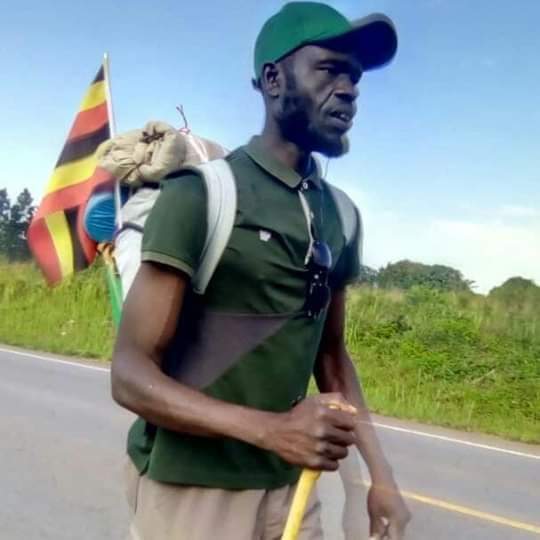 Ayivu county Member of Parliament Bernard Atiku has appealed to members of th public to support Mr. Mustafa Gerima a conservationist who is on a trek to Nairobi in an effort to protect plant species that are at the brink of extinction.

While speaking to Eyewitness, Hon Atiku said that Girima’s conservation efforts should be supported because everyone’s future depends on the protection of the ecosystem especially endangered species of plants and animals. Mustafa Gerima is on his way to Nairobi on a quest to raise awareness to protect endangered spices including the Shea Butter tree, where he is expected to deliver a message to the United Nations head offices.

“He is one of us, he is a member of the endangered species conservationists team and we wish him a safe journey on this long trek” Hon Atiku said.

Conservationist Girima is expected to deliver a message to the United Nations head offices in Kenya Nairobi, highlighting the details as far as the endangered species are concerned.

“I would like to appeal to the public to give him support as he walks through the route because it’s a long trek, the climatic conditions are harsh: the sun is hot, so it might have an effect on his health. Therefore, it’s important those who will be driving through the route from Kampala to Nairobi to give him the required support” he said.

Mr. Girima started the over 660 KM journey from Kampala to Nairobi to promote the save the Shear Nut movement.

On arrival at the United Nations offices in Nairobi, Gerima will present a document detailing the environmental conservation cause for action.