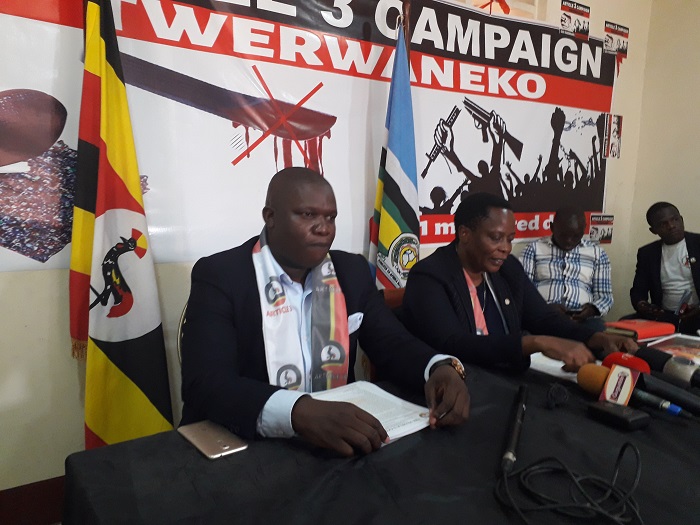 The People’s Government, a pressure group affiliated to the opposition Forum for Democratic Change (FDC) says that some of their lawyers are in Hague ready to file a petition in the International Criminal Court (ICC) in a move to indite President Yoweri Museveni for “crimes against Humanity.”

Addressing media at katonga road in Kampala on Monday, the Spokesperson for the pressure group, Bakireke Nambooze said the first group of lawyers led by Counsel Fred Eddie Mukasa Lugalambi arrived in Hague last week to coordinate with international lawyers to work out preliminary procedures before filing the main petition.

“Our team has already met with legal officers working in the office of the ICC prosecutor at Hague in order to establish the modalities of presentation of evidence and the list of petitioners” Nambooze stated.

In November 2019, the People’s government took a decision to seek the indictment of President Museveni and a number of government officials for alleged involvement in crimes including the killing of people in Kasese, brutalization of civilians, and other cases of human rights abuse.

Nambooze, however, alleged that the process of collecting signatures to support the petition has received intense resistance and intimidation from security operatives but noted that the process continues as the case in Hague proceeds. She said this is to give all “victims” of the said abuse and their witnesses a chance to join the petition.