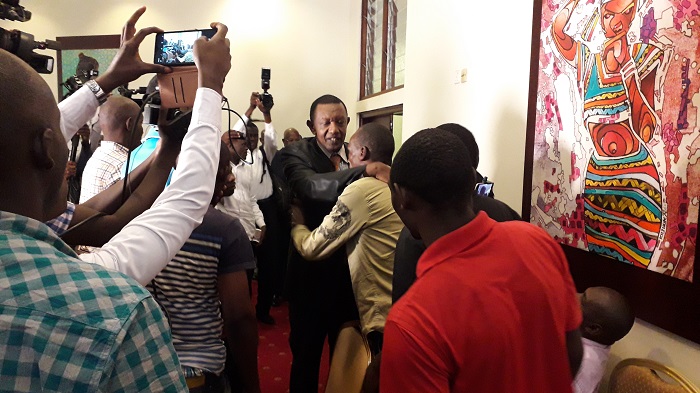 The govt of Uganda has dropped charges and set free nine jailed Rwandans and are to be repatriated back to Rwanda today.

Speaking at the press conference where the two govt announced the release of the nine prisoners, Uganda’s foreign affairs minister Sam Kahamba Kutesa revealed that this is done to clear the growing tension between the two nations and now cement the bilateral relationships between the two countries.

However, the Rwandan ambassador to Uganda, Maj.Gen Frank Mugambagye refers this gesture to a new state of freedom and appreciates the step taken by Ugandan govt.

The nine have been behind bars for over two years now on accounts of pausation of illegal fire arms, entering Uganda illegally among other charges.