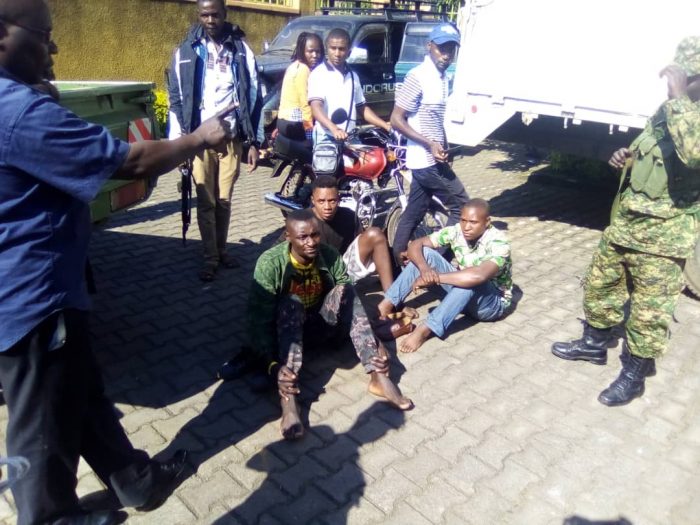 Police in kisoro arrested 3 people on allegations of illegal selling of crested cranes to the Democratic Republic of Congo. The suspects have been identified as iradukunda Dan aged 22 a resident of bunagana town council and Habyarimana George aged 25 a resident of    Buhozi parish busanza sub-county kisoro District and Tumushime Hillary aged 28 a bodaboda operator at bunagana stage.

Their arrest was preceded by a tip-off from the concerned residents to both UWA and police. A secret operation was conducted at Buhozi village an area best known to be harboring crested cranes. Within a short period of time, the suspects arrived at the place ready to traffic the cranes.

They were immediately arrested. On their interrogation, the suspects admitted that they have been in this illegal trade for 3 yrs where each crested crane is sold at 150000 to DRCongo.

Kisoro police-community Liason officer Arinitwe Boaz says that the suspects will be tried in courts of law. Meanwhile, the mgahinga national Park chief warden Amanya Samuel condemned the act of trafficking Crested cranes because they are national symbols to Uganda.

He asked residents to be vigilant and report anyone suspected to be involved in such illegal activities if the vice must stop.

Uganda’s Crested crane is (the national symbol)  of Uganda which appears on the flag and coat of arms.