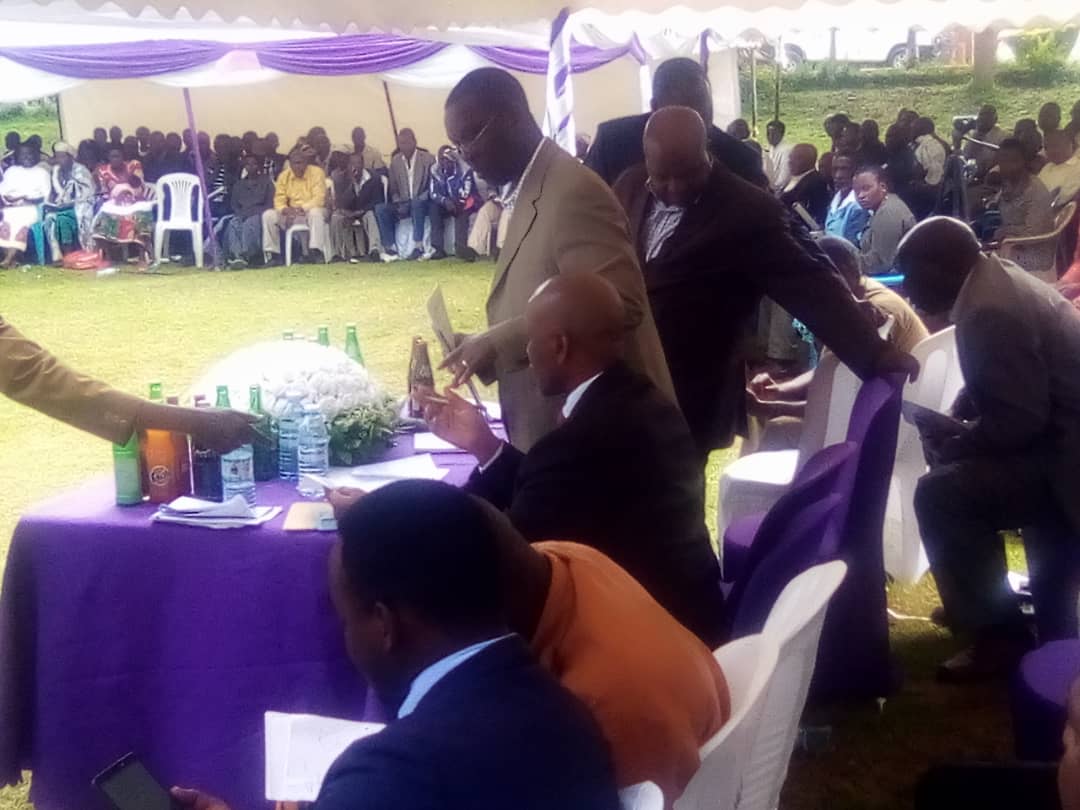 The Judiciary Permanent Secretary Pius Bigirimana has cautioned police officers to desist from mishandling suspects saying that it is a violation of human rights.

Bigirimana sounded the warning on Monday during the justice law and Order Sector meeting that was held at Mayor’s garden, Kisoro Municipality in Kisoro District.

While interacting with Judicial officers, in a meeting that was presided over by Bigirimana, residents lamented about the mishandling suspects, money extortion and file mismanagement by police officers.

In his reaction, Bigirimana castigated the act thereby calling upon the District police leadership to carry out investigation about the allegations. He urged police Officers to always treat and handle suspects in a civil way if there should be justice.

In the same meeting, the Kisoro Grade one court magistrate His worship Raphael Vueni decried of congestion at Kisoro government prison facility where he noted that the facility that was designed to accommodate only 35 inmates now has 250 occupants.  His worship VuenI further asked the Permanent secretary to devise the possible means of creating more magistrate courts in Kisoro due to overwhelming cases that are handled by one magistrate court located in one position.

Meanwhile, Bigirimana requested the District leadership to avail land to Judiciary so that enough and bigger prison can be built to solve the problem of congestion at the facility.