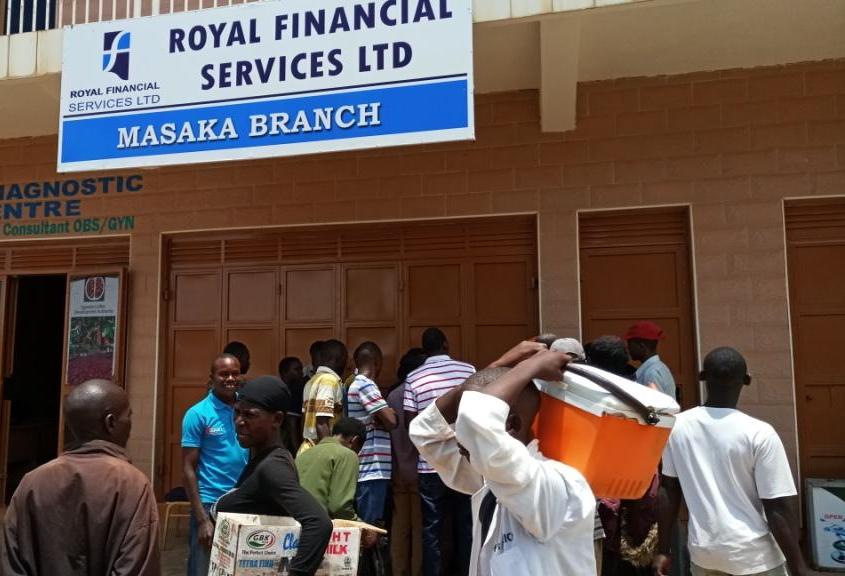 SIX years after being established to monitor, investigate, and prevent money laundering, financing of terrorism in Uganda and related activities, Uganda Financial Intelligence Authority (UFIA), is struggling to fully execute its mandate.

As a result, Uganda continues to lose at least USD1Bn (over sh3.69 trillion) in revenue each year to Illicit Financial Flows (IFF), corruption and money laundering activities, the Global Financial

GFI, a Washington based Non Profit Research Organisation, describes IFFs as funds that are illegally earned, transferred, and/or utilised across an international border or simply as the illegal movements of money or capital from one country to another.

Ugandan economists and government authorities attribute the loss to UFIAs poor performance due to lack of specialised financial expertise, lack of enough resources and poor coordination among justice departments such as police, courts and other relevant entities.

Although Uganda was removed from the Financial Action Task Force (FATF) Anti Money Laundering (AML) Deficient list in 2017, after the country established the legal and regulatory frameworks, money laundering remains a problem in the country, according to Cortis Paul Lakuma, a Researcher at Economic Policy Research Centre (EPRC).

Lakuma contributed to the GFI 2018 report, which states the institutional framework to regulate money laundering is still not robust enough to address cash smuggling and triangulated transactions.

“I cannot judge them (UFIA) so harshly because they are not well resourced. They have done what they can within the limited resources given to them,” said Lakuma.

“If all the USD1Bn was to be trapped back into Uganda’s economy, there would be effective service delivery across all sectors,” he added.

Lakuma explained that the net benefits of IFFs contribute to criminal acts such as poaching, human trafficking, misinvoicing and the like.

IFFs and money laundering result in a loss of what are often desperately needed resources to fund public initiatives or critical investments states GFI.

As one of the consequences, the government has to borrow money to run its activities hence the debt burden skyrocketing every financial year. The country’s current budget stands at shs40 trillion.

Siraje Magara, a Budget specialist at Civil Society Budget Advocacy Group (CSBAG), said Uganda loses so much more than USD1bn every year because UFIA lacks the technological competence to track it.

He advised that UFIA’s mandate should shift its focus from tracking political money, which may influence wars or opposition politicians and look deeper into economic funds.

Magara maintained that Uganda and African continent needed to invest heavily in the technology that matches the digital era, for example investing in digital stamps.

In the recent international convention on IFFs and Anti Money

One of the speakers at the conference, Oliver Chiperesa, the Deputy Director-Reserve Bank of Zimbabwe, said that the money launderers are increasingly becoming highly sophisticated and hard to track especially for an unskilled authority or agency.

Chiperesa warned that the money launderers often hire experienced advisers from different fields such as accountants, lawyers, auditors and so on, to help them disguise their transactions to appear legitimate.

According to him, revenue authorities in different African countries have used the confidentiality clause to cover IFF/Money laundering activities. And some are prohibited from disclosing and sharing information relating to specific cases such as tax evasion.

“The Financial Action Task Force (FATF) set standards that all financial institutions should report financial crime of their clients to the authorities but in some cases, they do not comply with those instructions,” he noted.

In addition, he said, corruption is involved to compromise the
concerned authorities to turn a blind eye on financial crimes, which
countries like Uganda must watch closely.

Recently, thousands of people lost several billions of shillings as crypto-currency companies closed their branches in Masaka, Kyotera, and other parts of the country.

Crypto-currency is an online-based medium of exchange which uses crypto-graphical functions to conduct financial transactions.

In Kyotera, Global Crypto-currencies Ltd had offices next to Kyotera Police station while in Masaka, Dunamiscoins Resource Limited operated next to the Resident District Commissioner (RDC) Herman Ssentongo’s office.

The Ministry of Finance, as well as the Bank of Uganda, have for long cautioned the public to desist from crypto-currency transactions and other unregulated money lending businesses.

In September during a public gallery at Brovad Hotel in Masaka, Dr. Louis Kasekende, the Deputy Governor- BOU, said that BOU is not responsible for such unregulated businesses as compared to banks and other financial institutions.

Although various crypto-currency companies secured operation licenses, Kasekende said BOU has no connection with them and cannot compensate Ugandans whose money and properties are lost through such transactions.

“We are only dealing with banks but not Savings and Credit Cooperative Organisations (Saccos) or groups, crypto-currency or money lenders. I strongly say that BOU will not compensate you for your loss”, he said.

In Kyotera, more than 60 people including police officers, prominent businessmen/women and politicians are victims. Abel Ngwire, the Kyotera District Police Commander (DPC) is among the victims. He lost over sh500,000 and some of his juniors one million shillings.

Known contact of Piece Nuwagaba, the assistant branch manager Global cryptocurrency-Kyotera, was switched off. In the meantime, more than 50 victims have formed a whatsapp group to chat a way forward to redressing their plight.

John Mary Oplot, a member of Dunamiscoins Resource Limited, said he lost sh3m. He said that the company had announced a Christmas bonus of 40% for any monies deposited.

He, together with his friends (20), deposited the money over sh1m each but the company closed before they got their proceeds.

Danson Tumukunde, one of the victims, said he responded to an announcement /advert on Central Broadcasting Services (CBS) Ltd, which required all interested job seekers to submit applications.

“The interviews were conducted in one of the hotels in Masaka. We were still waiting to hear from them when shocking news circulated they had closed business,” he recounted.

However, Paul Kangave, the Masaka Region Police spokesperson, said they have already opened up investigations in the matter and liaising with police in Kyotera and other affected districts.

He further appealed to every victim to lodge cases with the police to aid the ongoing investigations.

Sydney Asubo, the UFIA Director, said in a telephone interview said that apart from the huge funding gaps, the agency lacks relevant skills and experience to investigate sophisticated financial crimes.

He explained that cases of public sector corruption are sent to Inspector General of Government (IGG), tax crimes to the Uganda Revenue Authority (URA), and terrorism financing to Counter Terrorism Unit while other crimes to police.

“We have sent over 300 cases to different law enforcement agencies in the last four years. Thirty cases are already in court and two have resulted in convictions while others are still ongoing,” he said.