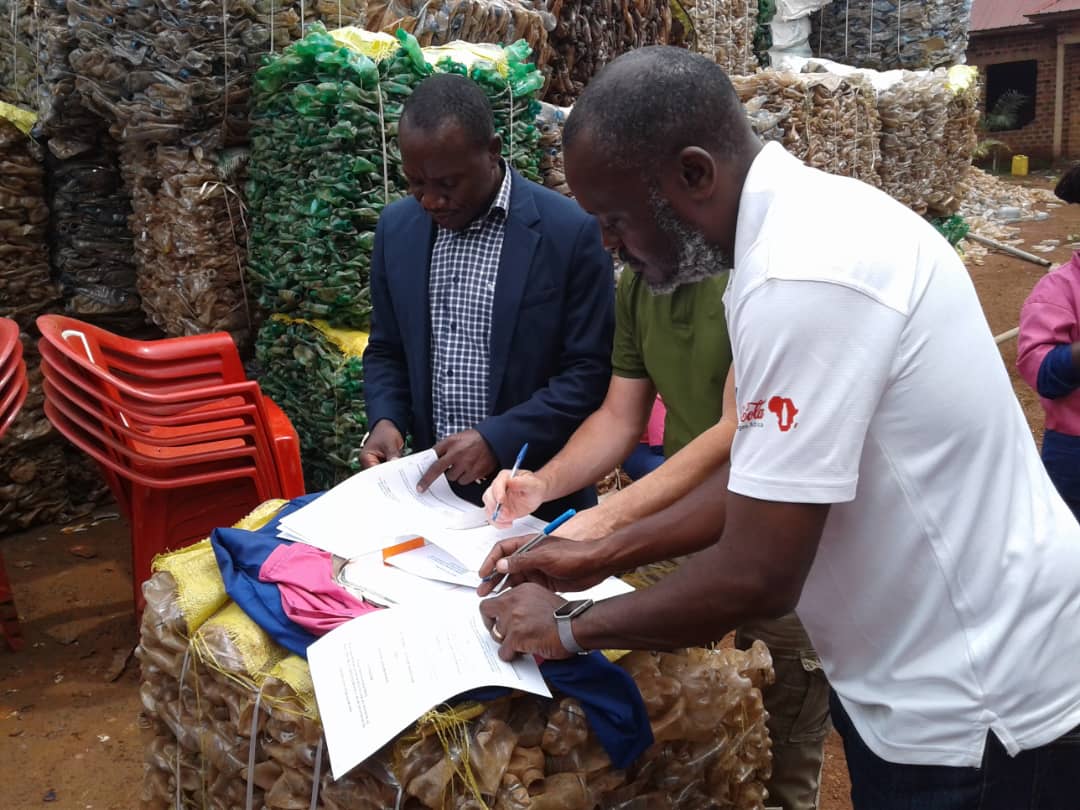 CEPCOM located in Seguku is currently collecting used plastic bottles, sorts them for sell to plastic recycling companies as a way of protecting the environment from degradation.

Speaking at the signing ceremony, the public affairs manager coca cola bottling company Uganda, Simon Kaheru sighted the importance food and beverage packaging has to Ugandans, yet it pauses a packaging problem to the country and the environment, hence the reason they are partnering with CEPCOM to save the environment.

However, executive director, CEPCOM, Kuteesa Stephen expressed his excitement and pledged his commitment to a more sustainable and climate conscious Uganda through this initiative.

Kuteesa notes the continued fast rate of environmental degradation creating worries of where the next generations will live if the current generation is wasting the environment.

He now urges communities to look at garbage as an economic path than waste.

CEPCOM buys a kilogram of used plastic bottles at UGX.300 and sells it to the recycling industry at UGX.900 after cleaning and sorting.

Ugandan disposes off over 600 tons of plastics in the environment but only 50% of this is collected for recycling.