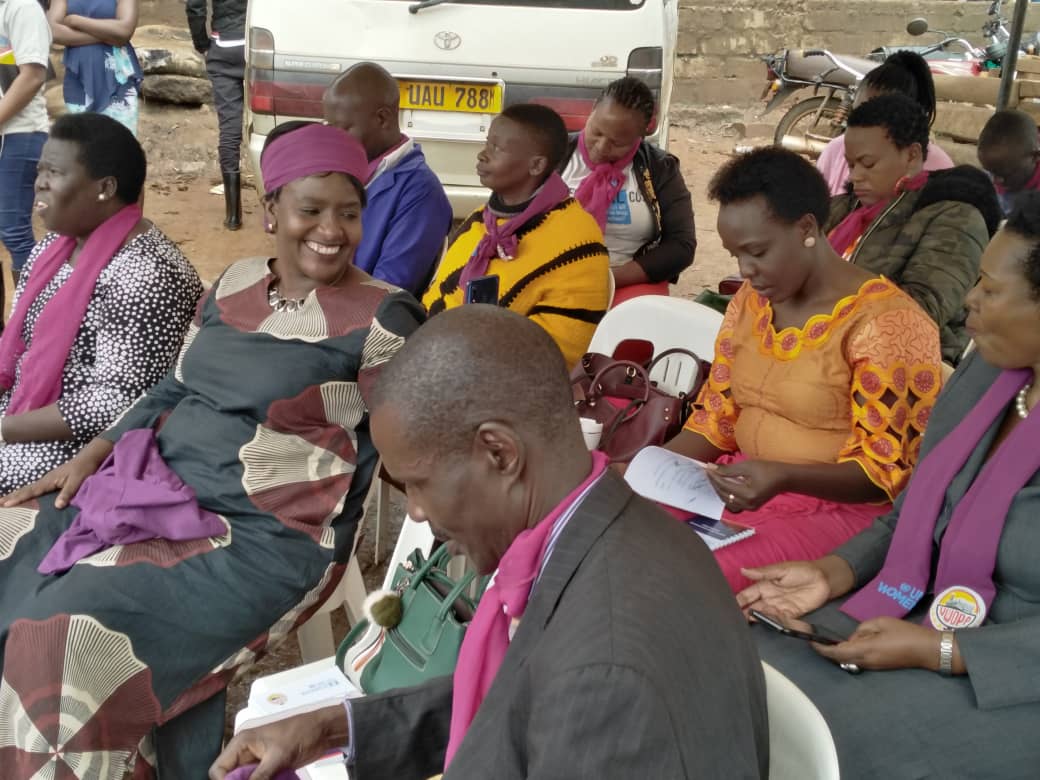 (UWOPA ) Crowns up 16 days of Activism by ,Senstizing The Community in Nakwa Market on The Gender Bills

By Adiga Julius and Acaye Henry

Uganda women parliamentary association (UWOPA) has started awareness campaign to popularize  the sexual offenses Bill 2015, which is before legal and parliamentary affairs committee of parliament for scrutiny.

The public consultation which  took place at  Nakawa market was organized by UWOPA with  support from UNwomen, in an effort to popularize the bill to the public.

Addressing the market vendors the women parliamentarians  led by their chairperson Pamela Kamugo Nasiyo, Kampala woman MP Nabila Nagaiyi sempala, Kumi woman MP, Monica Amonding, Jovah Kamate of Mutoma, among others told the gathering that it’s important that UWOPA came to sensitize them on the clauses of the bill because it’s for the good of the people both male and female Once it is passed into law.

The chairperson of the forum Pamela Kamugo Nasiyo who also doubles as Budaka Woman MP said they are still drafting the bill; therefore it’s important for the association to also gather views from the public regarding the bill before the final draft.

The consultation was also in line with the final international commemoration of the 16 days of activism against  gender  based violence .

However some of the male residents called for a law that will address indicent dressing saying some of the men are forced to sexually harrass women and girls because of the way they dress.

While others said the clauses in the bill are going to favor mostly the women, once passed into law, saying it’ should be balanced.

The meeting was also attended by the local leaders in nakawa division.