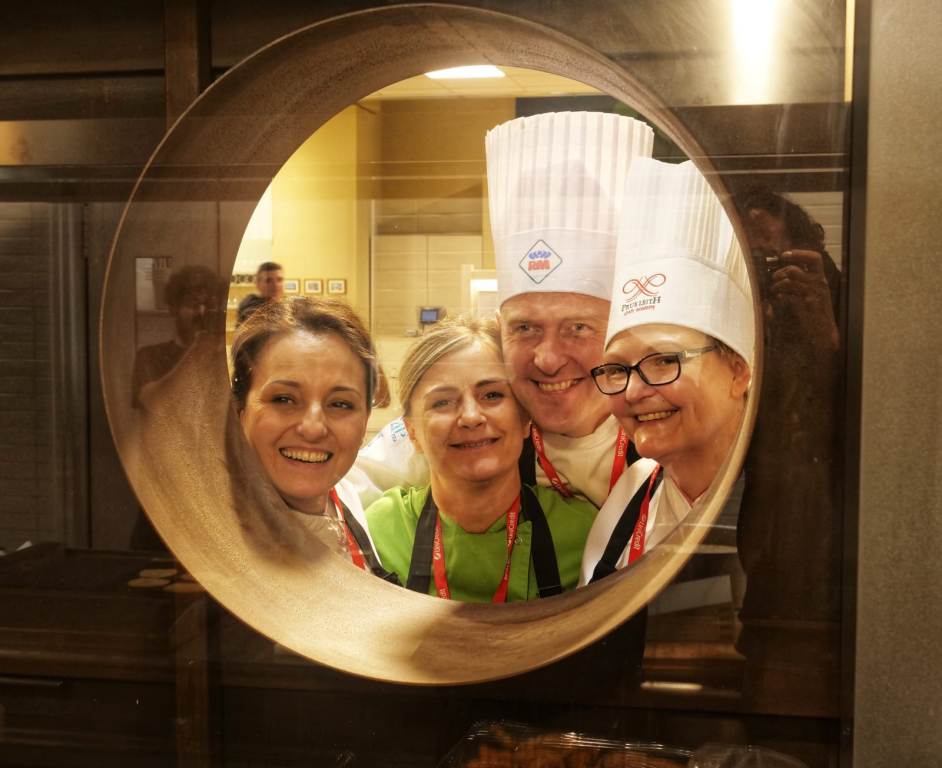 Chefs and cooks across the globe have been urged to commit their expertise in the food business for in the fight against climate change.

This was at the 10th convention organised by Slow Food Cooks’ Alliance (SFCA) in Bologna, Italy that concluded Monday.

The two-day engagement under the theme “Serving up care for the climate—sustainability in restaurants is possible”, attracted over 100 participants from different countries across the globe.

According to Paola Nano, the Head of Slow Food Press Office, SFCA currently has 1125 members active in 25 countries including Uganda.

He that globally, the cooks are directly or indirectly contribute to climate change practices through their practice.

Nano told us that the cooks used the convention to jointly affirm their need to be activists with strong choices to contribute to resolving climate change related challenges.

He further argued that it is not just industry, transport, energy production from fossil fuels and farming that produce green-house gases and emissions but even the simple activities such as preparing meals at home, in a restaurant, in a school cafeteria or in a company canteen.

“Making sustainable choices in the kitchen and the dining room can significantly reduce CO2 emissions and therefore help in the fight against climate change.” He said

Following a series of analyses carried out on the emissions of agricultural production in 2019, Nano explained, Slow Food decided to focus its attention on restaurants, with technical support from INDACO2, sustainability and environmental communications consultancy, well convinced that conscious and virtuous choices can make a significant contribution to reducing climate impacts.

The study shows how a restaurant’s sustainability is conditioned by careful ingredient selection, which must be produced according to worthy agricultural practices. This aspect is much more important in determining the environmental impact than the distances traveled by individual products.

“I have always been attracted by farmers and the countryside. I studied both deeply, going to visit all kinds of farms for over a year, before opening my restaurant”, said Florent Piard, the proprietor of Les Résistants in Paris, France.

He further told the assembly that his aim was to create a sustainable business and to restore a healthy relationship between countryside and city that respects and values the work of farmers. Florent added that he also wanted to be able to provide quality gastronomy and ensure decent economic performance.

And to meet all these requirements, he said, he studied the products and the supply chain logistics, and then implemented the solutions described in the study.

“I’m very happy with the conclusions reached by the Indaco2 study commissioned by Slow Food, because the results show that the model can be replicated and that it is possible to have a significant impact on the environment and climate, while at the same time protecting the world of small-scale, sustainable farming.” He noted.

Nano further said that Slow Meat educates the masses about the faults of cheap meat, the exploitation of labour and livestock, and the excessive consumption of meat.

Slow Food is a global network of local communities founded in 1989 to prevent the disappearance of local food cultures and traditions and counteract the rise of fast food culture.

According to the 2016/17 Uganda National Household Survey, more than 80% of Uganda’s rural households use firewood for cooking. The high demand for wood fuel and limited access to energy-saving alternatives means that forest cover is at risk of continued degradation.

However, chefs and cooks under Slow Food Uganda (SF-Uganda) agree with the fact that they contribute to climate change effects in various ways.

Yisto Kayinga, the Vice president SF-Uganda, said that the call for all chefs and cooks globally came at the right time when more than 10,000 people and 30 restaurants that subscribe to SFUganda are engaged in good farm practices that do not affect the environment and quality of food.

Kayinga noted that climate change affects farmers most and the quality of food produced in local communities.

“We encourage good, clean, fair food through the promotion of local and indigenous practices of using organic fertilisers. The safer the gardens and plantations, the safer the food prepared for our people” he recounted.

He said slow food gardens must produce healthy foods and prepared well before reaching the table. Also, members are advised to plant trees other than eucalyptus.

In 2016, the World Bank approved $2.2 million to the Uganda Clean Cooking Supply Chain Expansion Project, which seeks to reduce the negative impacts of inefficient use of solid biomass fuels for cooking and to relieve communities from the environmental and economic burden of using solid biomass fuel.