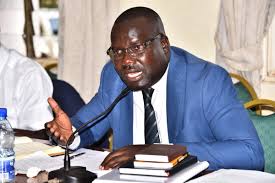 The Public Accounts Committee of Parliament  (PAC) is set to traverse  parts of the country to inspect all land belonging to Uganda Peoples’ Defense Forces (UPDF).

According to the Vice-Chairperson of the committee Mr. Okin P. P Ojara and also MP Chua West county , the committee is set to investigate claims that some of UPDF owned land has been grabbed by individuals, while in other areas the land has been encroached on. The claims are included in the  Auditor General’s report for the year 2016/2017.

Mr. Ojara said in the coming weeks, the sub-committee which was constituted within PAC headed by Hon. Nadala Mafabi will go on a fact-finding filed visit to areas where alleged land grabbing occurred as indicated in the Auditor General’s report.

“We have decided to extract the issue of land which was cited as one of the serious queries by this parliament” He said.

He said the subcommittee of 5 will be moving around to ascertain how UPDF acquired land in several areas, and handle the problems embedded in the acquisition and compensation of land within the force.

He revealed that the sub-committee will start a tour to areas within Kampala, then proceed to  Jinja, Kapeka, Moroto, and Kitgum so that the issue of UPDF land is solved once and for all.

He said that the red flag on issues concerning UPDF land was raised by the Auditor General, on how the force acquired some of the land and also how other people have also encroached on UPDF land as well as issues of compensation.