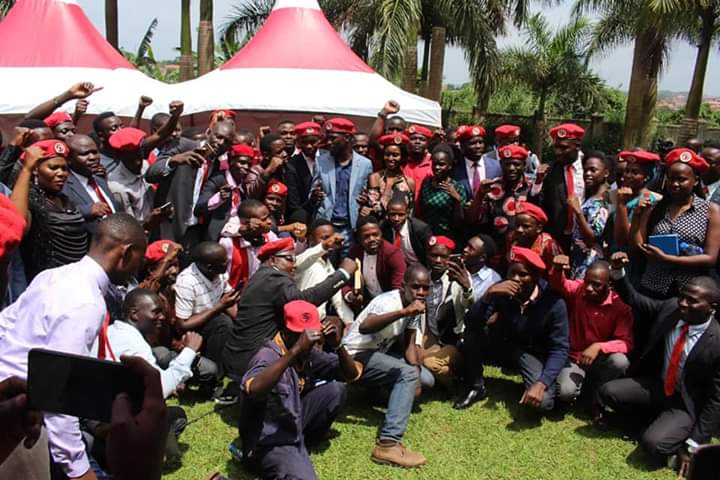 People power movement has unveiled over 700 students leaders from 247 higher institutions of learning across the country who are going to coordinate people power activities.

The students leaders unveiled today have been cautioned against bagging or accepting money from the state and its agents, saying this tantamount to treason. Says, Hon. Robert Kyagulanyi Ssentamu the national coordinator people power movement.

At the event held in Hon. Kyagulanyi’s residence in Magere- Wakiso district, He reminded the students leaders who are now people power coordinators in higher institutions of learning not to confront the state. “ Any confrontations with the state from those that oppose it have left many of our colleges dead and other in jail with no clear charges.” Says Kyagulanyi.

He further says, as students, they have a lot to do for this nation to see that it gets the leadership that it deserves which cannot be done by the elderly.

Meanwhile, Hon. Kyagulanyi castigates the continued police brutality against innocent citizens which he says will be stopped by people changing leadership in this country.

He also advised journalists in Uganda to speak with one voice if they are to challenge the current poor working conditions.

Recently Ugandan journalists under their mother body, Uganda Journalists Association put on ban on covering police activities and agreed to petition the police boss Martin Okoth Ochola. But in the process of delivering the petition to the IGP, police tear gassed and arrested some of them including their president, Haji. Kazibwe Bashir.