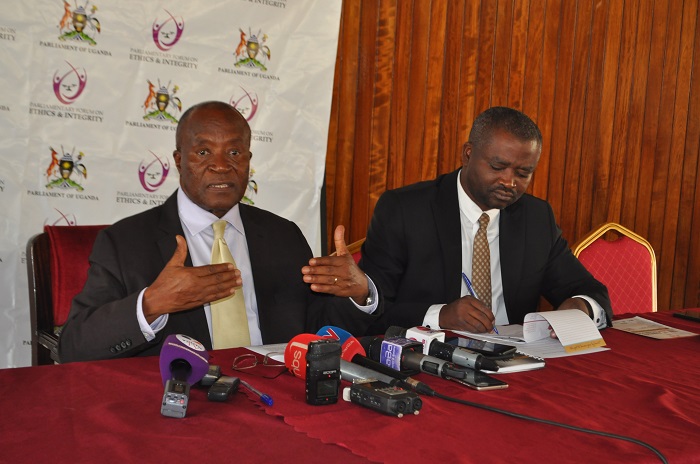 Uganda will not legalize GMOs MPs

A section of concerned MPs led by the former minister for state for Ethics and Integrity Dr. James Nsaba Buturo is calling for a total ban on genetically modified organisms commonly known as (GMO’s) saying genetically modified foods are not suitable for human consumption.

This comes after President Museveni on two occasions rejected Genetic Engineering Regulatory Bill 2018 which was passed parliament, demanding on account that there must be safeguards in place to protect Uganda’s interests.

According to the MPs opposed to the bill including MP for Bufumbira East Dr. James Nsaba Buturo and the Kumi Municipality MP Silas Aogon, there is overwhelming evidence highlighting the dangers associated with GMOs that range from health and enslavement of Ugandans.

“Interestingly, nations which don’t allow GMOs in their food value chain are encouraging Uganda to do what they do not do themselves,” Buturo said.
He explained that Uganda is a leading nation when it comes to organic foods, and therefore the supporters of GMOs are envious of its completive advantage since the world is hungry for organic foods.

“Our emphasis should instead be on organic farming so that our share of export market increases,” Buturo noted.

Adding that GMO foods have no food value and that is why the supporters of GMO technology are urging Uganda to abandon organic foods in favor of inorganic foods.
The MPs said when the Bill returns back to parliament, it will not be supported because even on the previous two occasions, it was passed without a quorum.

They say introduction or legalizing GMOs will not work for Uganda and serve Uganda interests, instead, it will leave room for contamination to Uganda’s organic farming, undermine and damage traditional farming practices.